Artificial Lawyer caught up with Anna Ronkainen, Co-founder and Chief Scientist, of TrademarkNow, the international legal AI company with a focus on IP, but with its heart still in Finland.

The discussion with Ronkainen, who is a frequent speaker on legal AI and with over 15 years of experience in linguistic software development, covered how TrademarkNow uses AI technologies, the issues around defining AI, the legal tech scene in Scandinavia and how the legal AI company got started.

What technology does TrademarkNow use? Is it AI and if so, in what way?

Yes, AI has been at the core of TrademarkNow from day one. Or actually already a decade before that, since I first started researching computational modelling of trademark similarity as an example of a theoretical problem, modelling vagueness and uncertainty of concepts in law. In the original system I used a rather simple expert system approach as a proof-of-concept for using one particular formalism in a legal context, but the more interesting conclusion was that the expert system approach simply didn’t work in this context, because the necessary judgements turned out to require domain expertise to be right and for the system to yield correct results.

Still, we basically try to model the same thing, likelihood of confusion (similarity) of trademarks, which includes both the similarity of the marks (brand names, slogans etc.) themselves and the similarity of the products (goods and/or services) for which the marks will be used. We try to predict the outcome of trademark opposition proceedings (the owner of a prior trademark opposing an application of a new trademark) as far as likelihood of confusion is concerned (≥50%: confusion exists, <50% no confusion). However, rather than actually deciding cases, we use the similarity metric to rank trademark search and watch results by relevancy and filtering out the noise.

Trademark similarity is a peculiar domain for legal AI because of at least three reasons: dearth of data, its immense variability and high degree of subjectivity. The brand names themselves are typically anything from just a few letters up to half a dozen words, and the individual products in the lists of goods and services can also be just a single word, typically somewhere between two and twenty. The brand names can be anything from dictionary words or highly imaginative fantasy words, and the goods and services span the whole spectrum of what is available on the market. The subjectivity can be exemplified by the fact that the Finnish Supreme Court and Supreme Administrative Court disagree as to whether the brand names OIVARIINI and INGMARIINI are confusable.

Both of these have as their consequence that simple machine learning approaches won’t work. An immense amount of training data would be needed and unbiased data is hard to come by. Just to illustrate this, we had had three IP lawyers (myself included) annotate a bunch of generated search results for testing purposes, and when we tried to reconcile the individual annotations to a single test set, we gave up after having spent an hour discussing just something like three separate cases. Instead, we have had to break the problems further and further apart and use whatever approach works best for that specific problem, using a wide variety of techniques from rule-based Good Old-Fashioned AI to state-of-the-art machine learning.

All of our core AI components concerning trademark analysis have been (and are continuously) developed in-house for this specific purpose. We have also put a considerable effort into the trademark data and cleaning it up, like trying to figure out all the hundreds of ways ‘a Delaware corporation’ can be (mis)spelled in Greek to establish the identity of each individual trademark owner.

We have actually played with the idea to add IBM Watson to our system, not because it would do anything particularly helpful in our use case, but rather simply because the value of the IBM brand should be enough to preempt questions like this. By the way, IBM happens to be a satisfied TrademarkNow customer. 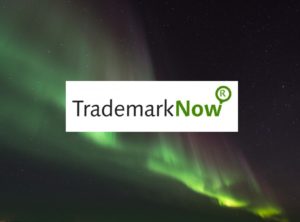 How should people approach the subject of defining what is an AI system?

The delineation between AI and non-AI does not seem to me like a meaningful exercise, it’s not like psychology is any better in clearly defining what the non-artificial kind of intelligence is. I mean, the best consensus definition I know of is that intelligence is whatever intelligence tests measure.

To me AI is basically trying to do with computers something which they cannot (yet) do but people can. It is a moving target, and often AI becomes more or less invisible when it starts working properly. When you search something on Google – another TrademarkNow customer – you rarely think about the complexity of all the AI technology that is needed to bring you the most relevant results for your search. The same goes for our likelihood of confusion algorithm: all the user sees is a similarity percentage and (most of the time) the most relevant results first.

In addition to our AI-based products using the likelihood of confusion algorithm for searching and watching (NameCheck and NameWatch), we also have non-AI products for trademark research (ExaMatch) and image trademark searching (LogoCheck). In legal tech, there is still often much to be gained simply by giving users a 21st-century user experience instead of legacy tools based on technology from the 1980s, sometimes with a layer of user interface candy on top of it.

How did the company start?

Mikael Kolehmainen, our CEO, had worked as a practising trademark lawyer for quite a few years, and he grew increasingly frustrated with the software tools he was required to use and came to the realization that there had to be a better way. Mikael found Matti Kokkola (CTO) via a common acquaintance. Then they noticed me via a university mailing list as I was going to talk about my research in a postgraduate seminar. (Nobody actually showed up, but we got in touch later.) Finally Heikki Vesalainen (Chief Architect) joined the founding team via Matti, as they had earlier co-founded a software consulting company as second-year students.

We first spent a couple of months strategising on and off, then the three of us pretty much started coding straight away. For the first five months we worked from the Startup Sauna coworking space, about two thirds into that we got seed funding from the Finnish VC firm Lifeline Ventures. We got an office, started getting paid, and launched our first product (a free trademark search) two months later.

At this stage the company was called Onomatics (from onomastics, the linguistic discipline studying names), but, while eminently trademarkable, it turned out to be too opaque in terms of what we do, and so we released our first paid products under the name TrademarkNow, and later also changed the name of the company.

In 2014 we raised an A round with Balderton Capital as the lead investor. Soon after that we opened offices in New York, US (commercial lead) and Kilkenny, Ireland (sales).

How is the legal tech scene in Scandinavia getting on?

By European standards I’d say we’re doing okay. The absolute numbers are still quite low, 10–20 companies per country (probably under 10 for Norway), but the interest in legal tech has grown radically in the last year or two, and I’m sure we’ll see plenty more in the coming years. One interesting piece of news this year was the Finnish tech-heavy NewLaw company Fondia (a bit like a Nordic version of Riverview Law) which had an IPO.

On the community side, at least Stockholm and Copenhagen have active Legal Hackers local chapters, and in Helsinki I started a legal tech meetup last year, which soon morphed into an association called the Finnish Legal Tech Forum, of which I later became the president. I’m also happy to see the Helsinki law school getting more active in legal tech with the initiative to create a Legal Tech Lab under the faculty.

What challenges do Scandi-legaltech companies face?

Most of the challenges (except for the seasonal ones) are pretty much the same as for legal tech companies in Europe in general, with the exception of UK, Germany and maybe a few others. Fragmentation in terms of languages and jurisdictions means that the domestic markets are far too small to support true high-growth startups on their own. Fortunately for us, trademark law is based on international treaties and so highly standardized across the globe, which means that the difficult questions are the same, and we just need the data and some natural language processing components to support new jurisdictions.

We actually started with USPTO and EU CTM data. Other companies may find a country-by-country expansion model more natural, like the Swedish legal services platform Avtal24/Agreement24, which has expanded to half a dozen countries by now. Legal tech is a

On the other hand, many studies show the Nordic countries as the most livable and innovation-friendly in the world. The tech talent pool is considerable and the job market isn’t as cutthroat as in London or Silicon Valley. Also, the government agencies supporting research and innovation – in our case the Finnish Tekes – offer excellent support both financially and otherwise.