We talked about how Specifio got started, where it is now and how much of an impact adding AI into the patent filing process will have.

Ian Schick begins by mentioning that he has worked as both a techie and also a patent attorney, including at the major US law firm Pillsbury Winthrop.

As a lawyer he spent a lot of time helping tech companies make their patent applications. Some of the start-ups he worked with had a focus on AI and machine learning and eventually Schick started to wonder if he could apply this technology to the patent process itself.

After all, he notes, although making the initial patent claim is complex and almost an art form, drafting a corresponding patent application is a much more mechanical process that is ripe for automation and the use of AI.

With this in mind he shared the idea with the founder of an old client in the NLP space, Kevin Knight, who liked the concept and in effect challenged Schick to make it real.

‘I looked at AI technology and I thought: how can I apply this to my own job?’ Schick explains. After working together for several months, Schick and Knight had developed a prototype that they felt rivalled human drafters. ‘So then I quit my job.’

Schick is open about the fact that this may have seemed a bit of a risky thing to do, i.e. jumping out of a perfectly good law firm to start an AI business. But, following encouragement from what were to become his co-founders, Schick pressed ahead.

‘Yes, I had a super job at a law firm, but this was too compelling,’ Schick says with a grin.

Things really got started in January this year. The company is now trialling with corporates and both large and small law firms. The team is also being housed by USC’s renowned Information Sciences Institute, which no doubt helps.

He adds that they have also found it very easy to get meetings with tech investors. This is perhaps because the one thing all tech investors care about is the patents of potential targets. In short, VCs understand this area well already. Offering an AI solution on top ticks a lot of boxes.

This is all well and good, but what does Specifio actually do? And will it really provide significant value to law firms and patent attorneys?

Schick sets out the use case in clear terms. The beginning process of all patent filing, at least in the US, involves two key steps: setting out the patent claim, which can demand every ounce of an attorney’s skills to frame the invention properly and with the right scope; and then making the ‘application’ to the US Patent Office, in what can be a very formalised manner.

While the fun part is the claim, which tends to greatly engage a patent attorney’s imagination, a weak or badly drafted application that follows can scupper any chance of a patent or perhaps result in misunderstandings with the US Patent Office.

One could perhaps compare it to M&A deals where the partners have a great time fighting over every clause in the deal, while the exhausted associates get to drag their eyes over the 1,000s of due diligence documents. Both parts of the work are essential. One is high value, the other is process, even if it can take weeks in a massive deal – if you’re not using AI….

Schick explains that hand-drafting patent applications is like the world of accounting before the invention of Excel spreadsheets, i.e. way too manual, way too slow and incredibly laborious.

What the system does is take the patent claim and then using natural language processing (NLP), followed by natural language generation (NLG), first it extracts all the important information from the claim document, then creates a new application document from that unstructured data, all in one automated step.

One might call this an example of: text analysis, extraction, synthesis, sorting and then text creation.

However, Schick points out that although the system has got to a very high level in terms of creating an application accurately he still expects some human checking at the end. 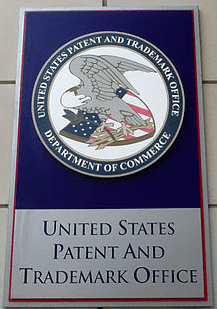 ‘We can get up to about 90% of the application done,’ he says and adds that an attorney may then need to spend about an hour editing it at the end to be entirely satisfied. There can also be up to about four hours at the initial stage of preparing the claims that will serve as input to Specifio’s system.

However, even in this scenario that is five hours compared to around 25 hours. That remains a big time saving, cutting two work days off the process.

Moreover, Schick reckons that even as of today, with just six months’ worth of human-assisted machine learning the system is as good as a junior patent attorney. As the NLP and NLG is steadily improved then this capability will likely increase.

At present the focus is only on software-related patent applications, as that helps to limit the range of language and terminology. Although, given that software applications make up a huge number of patents today, this will keep them busy. There are also plans to eventually move into many other technology fields.

But what do the clients make of this? Schick notes that ‘among the big tech companies there is a large appetite for this kind of technology, as they produce hundreds of patent applications’.

And that makes a lot of sense. If you’re Microsoft and have a large inhouse legal team why not speed up process work such as this? It’s a win-win. You save time and money and allow the patent attorneys to focus on the complex stuff.

For the law firms…? Schick adds that despite what some may assume, law firms are also excited by this because of the growing pressure to provide flat fees for patent work. I.e. if a law firm can get the process work in a patent matter out of the way fast then they won’t have to worry about over-running on the fee level and then writing off unbillable time.

That said, presumably a leading patent team would not want to be considered as seeking to squeeze fees out of process work, and would rather charge clients more for the value-added work on the claims? We’ll see.

Either way, automation and the use of AI in the patent field is here and it is only going to grow.