This is a Guest Post by Totum Partners, the legal sector recruiters, of their interview with Ben McGuire, Innovation and Business Change Director at UK-based, international law firm, Simmons & Simmons.

From the Army to the Law

What’s the difference between the British Army and a legal partnership? Not as much as you might think.

Take Ben McGuire, Innovation and Business Change Director at Simmons & Simmons. For 15 years to 2012, he was an officer in the Army, culminating in a job he really wanted to do as Company Commander in the Infantry. But at the same time, he wanted to expand his brain and had always been interested in people businesses and the application of expertise in a business setting. When the opportunity arose to do a part-time graduate diploma in law, paid for by the Army, he seized the chance to do something different that plugged into these broader interests.

It fuelled his appetite and started his path towards what seems like quite a dramatic career shift – into business services in law. ‘The decision to leave the army was a big one,’ he explains. ‘But the opportunity for voluntary redundancy came up, which gave me the chance to retrain – and I did a year’s MBA full-time.’ He excelled in these studies – grading in the top ten of the class on core modules, graduating with a distinction overall and also getting a distinction for his dissertation that he conducted with Midlands law firm Brethertons LLP.

Not surprisingly then, on completion, it did not take long to find a role, first as Chief Operating Officer at The Takeover Panel, and then in May 2016 to heading up innovation at Simmons & Simmons.

The career shift could have been a shock to the system. But he could see the similarities between the two and says the Army gave him plenty of relatable skills.

‘There can be an external view that the Army is very hierarchical, and everyone just unthinkingly follows orders,’ he says. ‘But it’s very good at preparing you for massive ambiguity. No matter what the orders, when in conflict, all goes out of the window and you have to adjust rapidly. It gives you the tools for thinking and behaving that make you very adaptable but in a structured way that helps you keep control. That’s important in a business going through lots of change – it’s the right mind-set for adding value.’

He also highlights the fact that it’s all about people in the Army. There’s an obvious synergy between that and a people business like law. But there are of course differences too – ones that would enable him to bring a fresh and positive dimension to legal practice.

‘The core competency of an Army Officer is always leadership before anything else, even before soldiering’ he says. ‘First, you’ve got to be good at leading, taking care and developing people and then you have to be a good soldier, planner etc. In professional services, people are not traditionally promoted because of their leadership abilities, but because they are experts in their chosen field.’

‘You can’t just expect a partner to become a business leader on promotion.’

He thinks this is gradually changing, and certainly there are numbers of highly respected leaders across some of the leading and mid-tier law firms. But it would probably be fair to say that leadership skills are still not as actively promoted in law as they should be in these changing and competitive times.

People like McGuire, however, play a critical role, injecting new perspectives and skills into a profession that ultimately changes culture. ‘You have to understand the role of the partner – you can’t just expect a partner to become a business leader on promotion,’ he says. ‘And for their part, they’re now recognising the value that other backgrounds can bring.’

These differences – combined with his people skills –  also make McGuire particularly suited for an innovation role. When he joined Simmons & Simmons, he says that the firm had already made headway with innovative products like their online subscription service Navigator – but there was a view, says McGuire, that such work wasn’t being ‘weaponised or democratised’ across the firm. 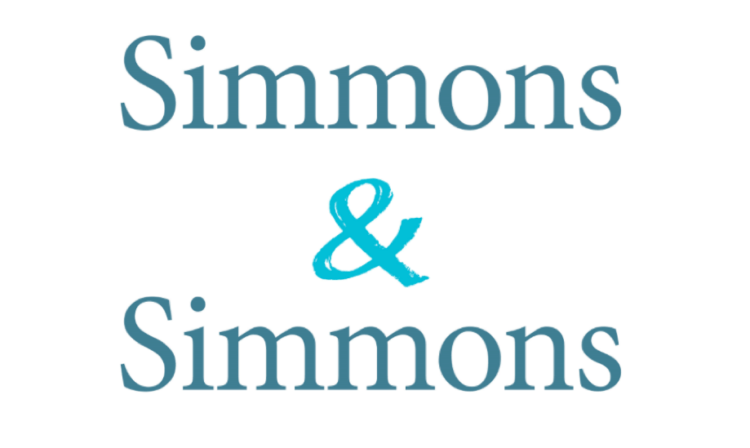 With changes in the market too – e.g. opportunities from emerging technology and project management – the firm wanted someone to come along and make the most of it. ‘We did a lot of analysis of what innovation meant to us and we needed to make sure we had a broad, but clear definition of how it was going to help us achieve our strategic objectives – not just focusing on specific tech or people or career propositions.’ This coincided with senior managers reviewing the firm’s strategy more widely – the lesson they took was that the firm needed more expertise in certain areas like product development, but also that there were potentially quick wins in improving and innovating service delivery.

To achieve these goals, McGuire has recruited two teams: Innovation and New Business; and Service Excellence. ‘They overlap in areas – service excellence looking at quality and efficiency in the way we deliver advice, products and services, while the innovation team is the engine for developing new ideas as efficiently as possible,’ he says. They both sit within a new function called Innovation and Change, which serves as a business services function like marketing, only smaller at five to six people so far.

The function is also responsible for helping the firm’s Executive Committee across its strategic portfolio of projects – ie, those things that cross business lines – a PMO in a way, says McGuire. Overall, the function is defined as covering everything that is new and valuable that can help the firm achieve its strategic objectives. It might cover ideas around new business models, organisational structure and products and services. The remit is broad and busts the perception that innovation is just about technology.

‘We are there to help everyone in the firm to achieve their objectives in areas we’re focused on – growing profitable revenues, deepening relationships, building reputation, and making and developing new products and services,’ says McGuire.

He describes innovation as being made up of three parts: a creativity or idea generation tier and then a second two on development and execution.

‘The second two are the hard process parts and the first is enabling. You can’t tell people to go innovate. They have to be experts in their field but also require training and support in creative thinking and discovery skills and, of course, they have to be motivated,’ he says. He has introduced training to help people behave and think more creatively, and those in leadership roles have been encouraged to understand how they may be preventing new ideas. ‘Whatever we do to generate ideas, there has to be access from outside the hierarchy,’ he says. ‘Anyone from across the office can come straight to me and the idea will be considered on its merits against transparent criteria. That’s a critical structural element.’

There are barriers to innovation that are common in partnerships. There’s no easy access to long-term finance, which means they have to be creative about how they develop new products and services, says McGuire. And then there is time. ‘We’re as forward thinking as any firm with fixed fees etc, but most firms still largely cost things on time. Innovation and creativity need exploration and experimentation – we have to work hard to find ways to give colleagues time for this.’

McGuire is currently working hard to build and induct his team, which includes several members from outside the sector – who he is embedding into law. It is notable that this team particularly values the expertise and perspectives that people can bring from outside the industry – for innovation, this fresh thinking is no doubt critical. But there is a broader lesson too that law firms can and should think more creatively about their talent mix. Legal experience may be the ‘safe’ recruitment option, but in the modernising legal business, it is increasingly not enough.

As more professionals like McGuire join law, so others will follow as they bring with them teams from beyond the legal mind-set. And they will prove that other sectors can bring something new while at the same time offering valuable skills that transfer surprisingly easily into law. This will not only benefit innovative projects in law, but the positive development of the whole legal sector.

[ This article was produced by Totum Partners the specialist legal sector recruiters, who cover areas such as project management, innovation and legal technology roles. ]