Stardate: 20180706. Global law firm, Dentons, has begun a long term mission to explore space tech and meet new entrepreneurs – to boldly go where no law firm has gone before.

Yes, Dentons’ Space Camp, the space tech accelerator programme, which it announced earlier this year, has seen the bedding down of its first band of startups working in the world of off planet technology.

And although this is not per se about AI, it’s so cool that Artificial Lawyer just has to mention it. Also, when lawyers get involved in advanced technology it’s got to be a good thing. Who knows, some of the ideas developed by the space tech teams may rub off in unexpected ways on other parts of the firm and the many legal tech companies it maintains a relationship with via Nextlaw Labs?

Although, Artificial Lawyer’s favourite is Earth Rover, which is an ‘autonomous farming robot’ company, using tech based on the ExoMars Rover to make food production more sustainable. This one is designed to deal with process work, in this case the manual labour needed to feed the billons of people on this planet.

One of the key aspects of technology development and science as a whole is serendipity, i.e. the idea that people start out playing with X or Y technology and end up finding a great new bit of science, or new application of technology, that no one had expected, or perhaps had even been looking for. 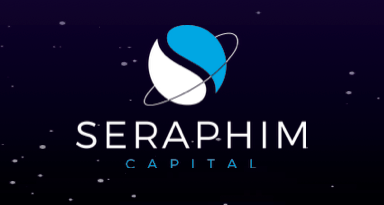 Many of the world’s key inventions came about not by central planning, but by chance and rubbing different ideas together to see what would happen. So, indirectly this could be of interest to legal tech land also.

The venture is heavily backed by Seraphim Capital, which describes itself as ‘the world’s first venture fund dedicated to financing the growth of companies operating in the Space ecosystem‘.

The first cohort of six members of Space Camp, come from the UK, US and Denmark, with Space Camp operating from Dentons’ London HQ at St Paul’s.

The project has some other impressive backers, including: Rolls-Royce; the UK Space Agency; and the European Space Agency, and Airbus. The project, which formally accepted the first cohort some weeks ago for what is a nine-week programme, will culminate with Product and Investor days on 9 and 10 July, i.e. next week. A second cohort of space pioneers is expected to begin in September.

Earlier, London IP Partner and liaison for Space Camp, Dr Justin Hill, said: ‘Space Camp touches many of our different legal streams and territories. We intend to use the accelerator to pilot a suite of workshops and early stage benefits which we hope will improve the awareness and accessibility of Dentons’ venture tech platform to ambitious high-growth companies.’

The programme included visits to Harwell Space Cluster and Airbus in Stevenage, UK, and will also deliver workshops and one-to-one mentoring sessions by SpaceTech professionals, advisors and investors and pitch practice sessions.

Rob Desborough, Portfolio Director at Seraphim Capital and Director for Space Camp, added: ‘We had over 1,000 start-ups apply to take part in Space Camp, which just goes to show the extraordinary work being done in SpaceTech and the market potential. London is only the start as we look to roll Space Camp out globally in the future.’

The six cohort members are:

QuadSAT is a Danish company that has developed brand new tools and techniques for testing and calibrating satellite antennas being deployed in high-value Maritime and Aeronautical markets. Combining the latest drone technology with a simulated satellite payload and mathematical algorithms, QuadSAT simplifies the requirements for satellite antenna testing, qualification and calibration. In addition, use of QuadSAT’s products reduces vessels and aircraft downtime for such testing procedures, significantly reducing operational expenses.

As well as satellite antenna qualification and calibration, QuadSAT can also be used to identify interference to satellite transmissions with pinpoint accuracy, which is vital to minimize inadvertent or other rogue interference.

Current satellite propulsion technologies rely on toxic fuel that is dangerous to handle. This results in fuelling costs of up to $500k per satellite and are cost prohibitive for inexpensive smallsats. Tesseract has redesigned thrusters for low toxicity fuels and modern manufacturing techniques such as 3D printing. This eliminates the $500k fuelling cost and provides twice the propulsion for half the price.

Tesseract is an alumnus of Y Combinator – the world’s pre-eminent start-up accelerator and already has Letters of Intent for over $150m in annual revenues.

By 2050 there will be 10 billion people on Earth, meaning that 70% more food will need to be produced from the same land we currently farm. The drive for yield-improving, high precision autonomous farming is therefore a pressing issue now.

Earth Rover is looking to address this by developing farming robots based on the same technology originally developed for the ExoMars Rover. Selling precision farming-as-a-service, Earth Rover’s initial target market is the £1.7bn labour-intensive organic vegetable production market in Europe where it hopes to save farmers £1,500 per hectare p.a. Initial field trials are planned for the current growing season with one of the UK’s largest organic farms.

According to the UN, there are over 4,000 satellites currently orbiting the planet, which collect and communicate a vast array of raw data which can be transformed into valuable decision-making information. This information can assist institutions and companies to better manage their land- based assets such as forestry, agriculture, water, minerals and man-made infrastructures.

Global Surface Intelligence (GSI) is one of a handful of companies around the world with access to a satellite database that effectively maps the changing behaviour of the world’s resources. GSI transforms the raw images from satellite, drone-based LiDAR and other data sets into advanced asset analytics and builds contextual views of natural assets to quantify their performance, health, yield and value, making these natural assets more investable and better managed.

We monitor, analyse, evaluate and alert in near real-time changes in land use, with particular attention to the natural environment. Demand is coming from energy, government, insurance, forestry, drone services as well as retailers concerned with food supply chain certification.

The huge growth of Space data is outstripping improvements in conventional processing platforms such as CPUs and GPUs. A relatively new form of integrated circuit known as field-programmable gate arrays (FPGAs) – designed to be configured after manufacturing by a customer using software – are capable of the hardware acceleration needed to address these issues. This capability is relevant for areas such as high-speed data analytics, network processing, security functions and low power processing for IoT and Space. Reconfigure.io  has developed a core platform allowing the acceleration of key compute demands with such FPGA technology by for the first time making it readily accessible to engineers. It is therefore a key enabler for the mass adoption of FPGAs in the Space sector.

KisanHub is a Crop Intelligence Platform and was borne out of a desire to give farmers everywhere a sophisticated, meaningful yet, simple decision-support. Founded in 2013, KisanHub uses big data analytics, cloud computing, and machine learning to compile data from satellite imagery, weather stations, soil sensors, and other sources. The platform offers yield predictions, pesticide application monitoring and other features for potato growing, which helps sellers manage contracts and supports farmers’ decision-making.

KisanHub’s target customers are agriculture enterprises, such as suppliers, processors, and retailers. Roughly 2,300 growers in the UK and 1,000 in India use KisanHub’s software, all paid for by the enterprise customers. KisanHub sources data via hardware and imagery partnerships, including one with satellite imagery provider Planet Labs. They have raised over £3M m VC investment.