Brazilian contracting automation startup, Juridoc, is moving ahead with its ambitious plans to build an ‘all-in-one’ document creation, negotiation and template marketplace platform.

Artificial Lawyer caught up with founder, Maxime Troubat, to hear where the young company has got to.

Troubat explains that Juridoc is now a fully developed platform, not just one application, and after a successful fundraising earlier this year which raised around $200,000, has managed to come a long way very quickly.

Troubat remains focused on further growth and adding new capabilities (see previous article) and sees his company, which will work in Brazilian Portuguese, French and English, then later Spanish and Italian, as ‘the most complete solution on the market, from negotiation to signature and management’.

There is a lot going on with the Juridoc platform, so, let’s unpick some of the key parts.

First, Troubat explains there is document automation, using matching fields for names and other key data. This leads to automated templates, as well as a workflow approval system, which includes the ability to order the sequence of who sees a document as it moves through its steps to completion.

Then there is a content library ‘so you can re-use certain clauses whenever you want in other docs’ he says.

And there is an option to call in ‘a lawyer partner of Juridoc’ to help with the document. And you can e-sign because of APIs with DocuSign and Hello Sign. 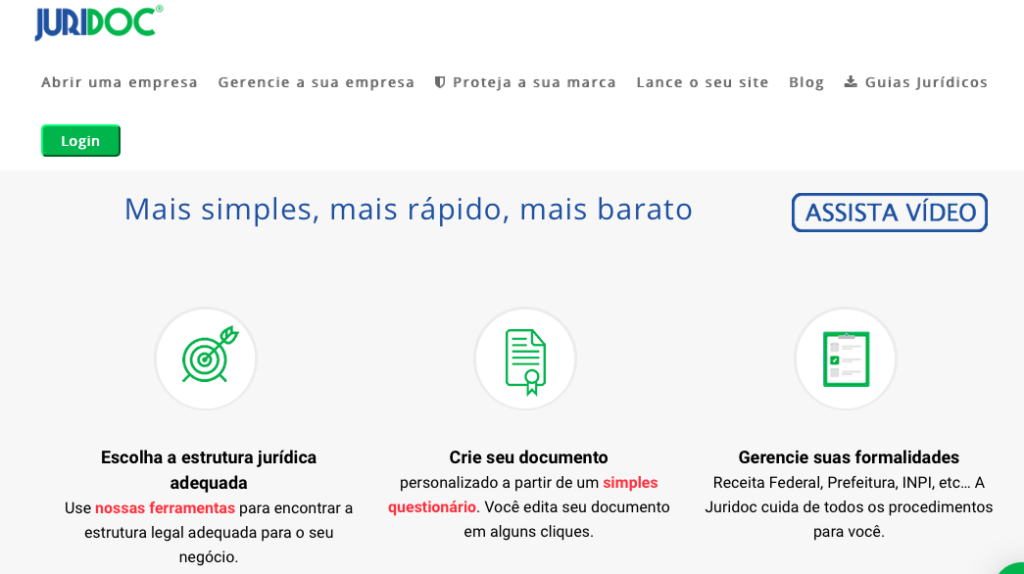 There is a dashboard, which is collecting data from the documents you have created. It shows you key data such as the values contained in the docs and when a contract will be expiring. It also tells you days worked on a matter and who was involved in each document, and what is pending for the team to handle.

At this point you’re getting the picture. Troubat is piecing together everything he can to make this a total platform for the contract lifecycle.

But….we are not finished yet. He explains that there will also be a marketplace so those users who have created templates can sell them to other lawyers and companies if they’d like to monetise their creations.

And even more is on the cards. But, let’s pause there for now. No-one can ever say that the Brazilian legal tech scene is lacking energy or ambition!

AL asks who is this rapidly expanding platform for?

‘We are selling to not just lawyers but also to HR departments, some where there may be thousands of employees,’ Troubat says.

‘We want to see companies using Juridoc for all the documents they send to their employees,’ he adds.

Then, perhaps because Juridoc is dedicated to perpetually building out the platform, he notes: ‘And….we will also help the sales teams, so they can do contracts online.’

As explored in an earlier article by AL, there is a lot going on here, almost too much to take in. But Troubat may well be doing the right thing. In a world where lawyers and corporates are being influenced by platformisation, and in a market such as Brazil (and the wider Latin American region) where many local legal tech companies are still in their infancy, maybe building an all-in-one platform is the smart thing to do.

If he succeeds Juridoc could end up being one of the major legal tech companies of Brazil, if not the region. He’s also making sure that the platform is not too expensive and is priced at $49 dollar per month per user, while all the current Juridoc templates the company has made so far will be free for users.

And in 2019…? Troubat is characteristically looking for further growth and mentions they will be looking into smart contracts. But, perhaps of more immediate importance is a likely second funding round.

[N.B. Juridoc is based in São Paulo, but the main pic is of Rio, because…well, look at that view…]