Berlin-based startup Legal OS has secured $2.2m in funding, led by HV Holtzbrinck Ventures – in further proof that the contract automation and template building space is glowing red hot at the moment.

With Legal OS you can build ‘bespoke templates in seconds that clearly define your red lines while automating relevant approvals clause-by-clause’ says the company.

Here’s a very short video that gives an idea of how the interface works.

The framework they have created is no-code, heavily focused on template creation to allow the easy building of the contracts you want to make later on, or to cater for a self-service design approach. It’s also seen as a potential foundation for then perhaps moving onto the development of smart contracts.

Their key concept is the idea of ‘micro-agreements’ as the building blocks of contracts (see below for explanation). 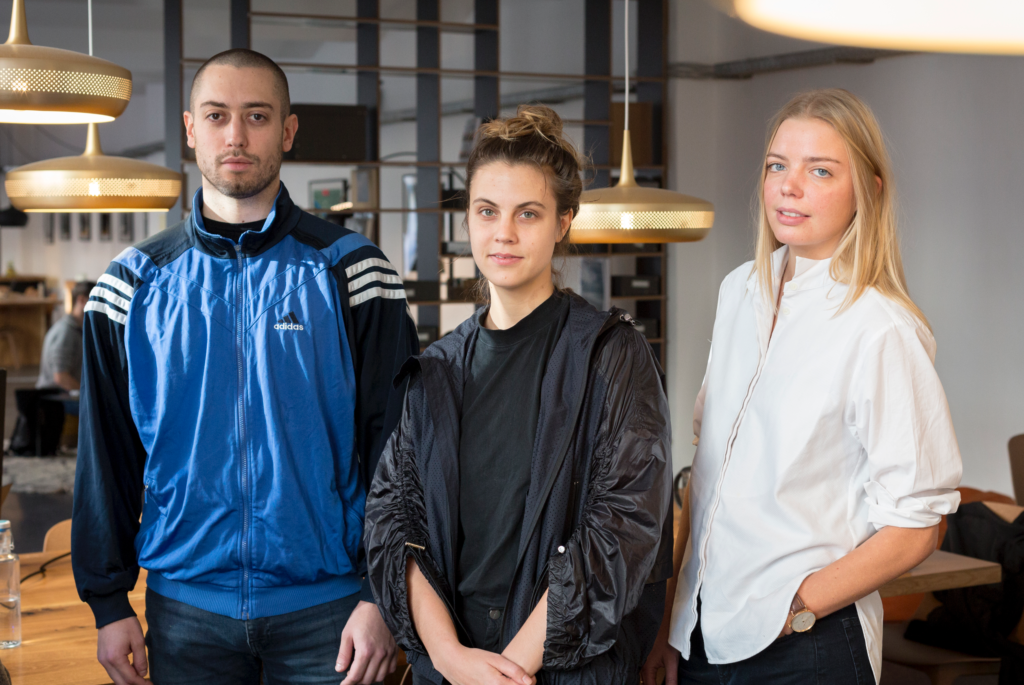 The company was founded in March 2018 by Lilian Breidenbach, Charlotte Kufus, and Jake Jones (above). Getting $2.2m funding in just over a year is very good going for a legal tech startup.

Artificial Lawyer had a quick chat with Chief Product Officer, Jake Jones, to find out some more.

– Is this ‘document automation’ in the same way as Contract Express?

No. Our product automates docs only as the necessary first step in the automation process.

Once a document is automated through our platform, that entire contract is machine readable. All the variables and terms are abstracted. Analytics can be run upon it. The data can be synced with enterprise software. Automatic compliance checks can be run. Here’s where the real value is unlocked.

– Or, is this going to operate like a type of smart contract platform, (like Clause, for example)?

Closer. The concept of smart contracts is fundamental to how we developed our library of legal content. We break the entirety of German law down into computable atoms (that we called ‘micro-agreements‘) and then enable our customers to access this library through our platform.

Each micro-agreement is like a smart contract in that it is atomic (cannot be broken down into smaller parts), logical, and machine readable. But it is NOT blockchain technology (at least not yet, because this isn’t what our customers need today). Instead, we have examined the day to day workings of lawyers, identified manual processes that should/could be automated, and we’ve developed a technological infrastructure that enables automation across these use-cases.

The problem with law today is that it is text based, and software/computers have a hard time with text.

So we make it easier for software/computers by building a code-based infrastructure for law.

– Is it only in German language?

A small portion of our library is bilingual. Eventually our entire library will be bilingual. The library is jurisdiction independent (as the data-model is only about 10% text, and this text is the textual representation of the underlying logic, the underlying logic is independent of jurisdiction). As such, we can scale internationally without entirely rebuilding our library.

– Do lawyers need to code to use it?

Zero code. Our library is accessed through our automation platform. The platform is super easy to use. Designed with, and for, lawyers. The complexity of the tech is hidden behind the scene.

Now, readers may want to ask: do we need another application related to the automation of and/or rapid creation of contracts, even if it’s a very slick one like this?

And that’s a fair question. There have been a rash of them lately and several of the old-timers like Contract Express and HotDocs are still not used as much as they could be.

But….it’s a free market. A tech company could in return ask: ‘Do we really need so many law firms…?’ 🙂

So, the reality is that there are a lot of companies in this space, overlapping in their own way. But, it’s down to the market to decide which ones they want to use.

This will be decided by ease of use, delivering a great product experience, price and customer support. Let’s see who wins. Also, it’s worth pointing out that although several of the companies have overlapping use cases, their approaches and tech are different.

Firms and corporates thus have a chance to decide which are the ones that best meet their needs.