This week leading Spanish law firm, Uria Menendez, signed up with two UK legal AI companies, RAVN and Luminance, at the same time, with each legal tech company putting out releases within 24 hours of each other. They’ll both be working on due diligence matters.

RAVN also then announced this week that it was working with another major Spanish law firm, Garrigues. In this case the firm says it will be working for financial sector clients, but doesn’t specify the type of data analysis and extraction.

Now, you might say: ‘Big deal, more client wins for legal AI technology. I read these kinds of stories all the time now. So what?’ 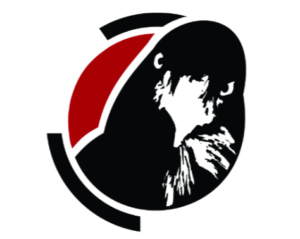 But, let’s consider for a moment that just two years ago news articles about law firms anywhere making actual use of legal AI were like legal tech bombshells bursting over the previously staid world of law. Twelve months ago they were still quite rare. Now in May 2017…..every few weeks.

Moreover, when we did see them in the past they were mostly involving large US and UK law firms. And now we have one Spanish law firm signing up two AI co.s at once, while the largest firm in Spain is also going down the AI road. While, last month Ashurst casually mentioned in an interview with Artificial Lawyer that they were now working with Canada’s most famous legal AI company, Kira. And, Luminance again also announced a raft of other client wins recently, including from Scandinavia.

(And, a week after writing this, another leading Spanish firm, Perez Llorca also announced it was signing up with Luminance, 15th May).

How things change. Welcome to the New Normal of Legal AI.

The fact that no one is especially surprised by the news above is to Artificial Lawyer a very important sign and a positive indicator indeed. Clearly, the first thing that Spanish firms adopting legal AI data analysis and extraction systems indicates is that the technology has truly spread across world markets and is no longer an ‘Anglo-Saxon’ affair.

Secondly, it tells us that in the world of international business it simply makes sense that all the parties involved in cross-border transactions would be using similar types of AI technology, especially in areas such as due diligence for M&A work.

For example, if Global Corp is buying Euro Corp in a multi-billion dollar deal involving multiple jurisdictions that go beyond the reach of some large law firms, and one of its key advisers is using AI systems for certain parts of the deal, then it seems logical to also want all the other firms involved to also be using this technology.

And, Garrigues and Uria are both firms that do a lot of cross-border deals. They also work alongside US and UK corporate firms on a regular basis. In the case of Uria, it is a ‘best friend’ of Slaughter and May, the tentpole client of Luminance when it launched last year.

Also, if one side is using AI for doc analysis, would it not be sensible if the other party’s lawyers were also doing the same? Should legal AI in the virtual data room be the preserve of one side only? Surely not.

Thirdly, this raises an interesting ‘dynamic spreading’ phenomenon, or a ‘network effect’. That is to say, once several commercial law firms start providing this way of conducting work then it makes anyone else not operating that way appear not just behind the times, but perhaps not as ‘compatible’ with the client’s way of working as those that are using AI for certain tasks, such as the much used example of due diligence.

That’s not to say GCs are walking around telling firms if they don’t use AI they won’t get work on a deal, but how long before not using AI starts to make your firm seem ‘not the norm?’ And if one thing is true about the legal market it’s that no major firm likes to be seen as out of step with ‘best practice’.

In this regard the ‘New Normal’ of legal AI has a double meaning, and if that is the case then it will be a powerful driver in further adoption.

(P.S. Regular readers may be wondering when the write up of Lexpo will appear. There was so much to digest that Artificial Lawyer will be writing up a special report on the event and the great insights provided by top speakers such as Dan Katz and Marie Bernard, where the key ideas and what these really mean to the legal market will be explored.)