One of Japan’s largest banking groups, Mizuho Bank, has teamed up with IBM to create a blockchain-based trade finance and logistics document platform in a move that marks the further adoption of the distributed ledger technology.

In turn, this suggests that as the technology becomes more mainstream law firms will have to adapt to this new means of sharing legal and financial information. 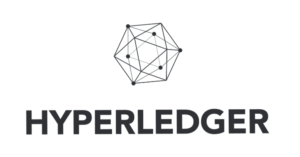 This latest step toward the broader adoption of blockchain technology and in particular the IBM-backed Hyperledger Fabric system is significant if only for the fact that it is a Japanese group now making use of the technology.

One of the key impediments to the use of distributed ledger technology is the current lack of a global standard format, which is essential for any business that crosses borders, as global finance does. Hence, to see IBM’s supported blockchain system achieving uptake on this scale suggests we are nearing broader adoption that will enable wider commercial use.

In this particular use case, Mizuho is aiming to streamline trading operations and improve supply chain efficiency.

The bank said that it hopes to: ‘…[digitise] trade information on the blockchain to help change the way information is shared, infusing greater trust into transactions to make it easier for parties involved in the supply chain, including exporters, importers, shippers, insurance companies, port operators and port authorities, to share critical shipment data in near real-time.’

Or, to translate, the idea is to use blockchain ledgers that will give permissioned access to logistics data and financial information in the hope it will speed up information exchange. I.e. rather than trade information and financial details passing physically between multiple intermediaries, all data will be immediately available for all parties to see in real time anywhere in the world. This is possible because the blockchain system allows a single, secure and verifiable ‘version of the truth’ to be held and seen by all parties at once.

As with other uses of the IBM-supported blockchain system, there is no movement or creation of cryptocurrencies. The ‘currency’ of value here is legal, financial and contractual information.

As such technology becomes more widespread law firms will have to catch up and become familiar with all aspects of how their clients are moving away from physical contract documentation. This could also impact those firms that generate revenue from acting as intermediaries in trade matters, such as checking legal documentation as it moves through the global supply chain.

Or, as the bank puts its: ‘The project exchanges digitised letters of credit for actual trade transactions between Japan and overseas clients.’

‘As the letter of credit is digitally shared among parties including importers, exporters and their banks, it is expected to simplify the associated document creation and exchange processes, which have traditionally been time- and paper-intensive. Also, the system will enable all parties to view the latest shipment status data, which can result in reduced trade transaction and processing costs,’ the bank added in a statement.

Commenting on the project, Daisuke Yamada, Managing Executive officer and Chief Digital Innovation Officer of Mizuho Financial Group, said: ‘We are pleased to be the market leader in Japan in powering our processes and workflows with distributed ledger technology and continue to work aggressively towards expanding our portfolio of its implementations across the group.’