UK-based legal AI company, Luminance, has announced that it has started working with leading Singapore law firm WongPartnership, marking a new front in the growth of AI adoption on a global scale.

The move is doubly interesting as it is Luminance’s first publicly announced law firm client in Asia. It may also be the first example of a Singapore law firm using AI for doc review. In either case, it suggests this important legal market has now joined the adoption wave of legal AI technology.

Singapore, though a relatively small economy, is a major legal centre in Asia with a strong reputation for dispute resolution and arbitration in addition to having a healthy transactional sector. Most global law firms have a base there as well as many Asia-Pacific law firms. 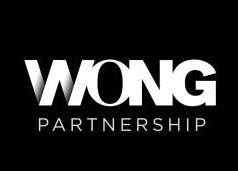 In which case, the client win is significant and may help trigger a wave of similar law firm adoptions of legal AI systems, for doc review or other uses, in South East Asia.

Luminance said that the deal ‘is part of WongPartnership’s strategy to leverage technology to optimise legal services for its clients’.

The English AI company added: ‘The WongPartnership selected Luminance due to its intuitive and easy-to-use interface and anomaly detection capability.’

The WongPartnership has over 300 lawyers with offices in Beijing, Shanghai and Yangon (Myanmar), as well as in Abu Dhabi, Dubai, Jakarta (Indonesia), Kuala Lumpur (Malaysia) and Manila (Philippines) through associate firms.

Commenting on the adoption of AI at the firm, Ng Wai King, Managing Partner at WongPartnership, said: ‘Our firm is embracing innovative legal technology to deliver greater efficiency in managing M&A transactions for our clients. Technology is changing the way law is practiced and as such technological innovation must be a cornerstone of our firm’s future growth. We are delighted to partner a company whose AI technology is setting the global market standard.’

Emily Foges, CEO of Luminance, added: ‘WongPartnership understands the need for innovation, and we are excited to welcome them as the first Singapore (and Asian) law firm to adopt our technology. We are delighted to be working with a firm that recognises the importance of deploying artificial intelligence in a busy M&A practice.’

This is the latest in a long string of client wins since Luminance launched in September 2016. Last week it announced that leading Danish firm, Bech-Bruun, had also adopted its AI tech for doc review.

The company now has customers on five continents and says its AI software was been used in more than 150 transactions to date.