This is a Guest Post by Nick Brestoff, Founder and CEO of deep learning and legal risk prevention company, Intraspexion. Previously the company has been described (by Artificial Lawyer…) as providing a ‘Minority Report‘ style ability to detect potential legal problems before they happen.

In this piece, Nick takes the novel approach of asking himself questions and then answering them. Which certainly makes for an entertaining read. Enjoy.

Right along with blockchain, there’s been a lot of buzz about Deep Learning.

According to Stanford Professor Andrew Ng, whose career includes stints with Stanford’s computer science department, Coursera, Google, and Baidu, the buzz is justified. A year ago, in a Fortune article, Dr. Ng called Deep Learning the ‘new electricity’. He meant nothing less than that if electricity changed every industry during the Industrial Revolution, so Deep Learning would change every industry now.

But did he mean the legal profession? Recently, Intraspexion announced that the United States Patent and Trademark Office had issued its seventh patent to Intraspexion’s founder, Nick Brestoff, a former California litigator (now retired) who received his engineering education (before law school at the University of Southern California) at UCLA and at Caltech.

Q: Let’s answer the “why” question first. Why Deep Learning?

A: We use Deep Learning because it works to identify risk in time to allow for an early warning. That enables prevention. I found no technology in the eDiscovery space could do this.

Q: But prevention is only going to work for the legal profession if, for the corporate legal departments, it can be deployed to bring the frequency and cost of litigation down. Did you quantify that?

A: Yes. Before I understood Deep Learning, I presented the calculations in my book, Preventing Litigation: An Early Warning System to Get Big Value Out of Big Data, which Richard Susskind endorsed. I retrieved Towers Watson’s cost data for commercial tort litigation for the ten years from 2001 through 2010, and then I compiled the federal and state caseload data. For that 10-year period, I wound up dividing $1.6 trillion by 3.909 million lawsuits, which is approximately between $350,000 and $400,000 per case. So, if there was a way to prevent just one lawsuit per month, a company can avoid anywhere between US $4.2 million and $4.8 million per year. Per year.

Q: You’re saying that your Deep Learning system can do that?

A: Yes. We’ve had success finding an employment discrimination risk in a subset of the Enron emails (Ken Lay and someone who received a copy) and, earlier this month, we completed a trial with an NYSE company that I’m not permitted to identify.

A: Initially, yes. But we sent the company a server with a Deep Learning model pre-trained to infer the risk of discrimination, and a laptop that interacted with our server. That stand-alone approach met with approval.

Q: What happened with the pilot?

Q: What about processing speed? Companies at the NYSE level probably generate millions of emails per month.

A: To our latest discrimination model, we added Enron emails to our training data, and then tested it on a held-out set of 20,405 Enron emails. The system returned 57 high-scoring results, including the 4 risky emails we had previously identified. That’s an accuracy rate of a quarter of one percent, or about 0.28%.

A: Suppose a company created 2 million emails every month. With an average of 21.5 work days per month, and a 0.28% level of accuracy, the number of positives per day would be 249. A couple of paralegals could easily review that many.

Q: When did the pilot conclude?

Q: The day after you received additional patents?

A: Yes. We now have a patent family of seven software system patents that use Deep Learning, and all of them were evaluated and issued within a year’s time after the first application was filed, on September 27, 2016.

Q: What do they cover?

A: There are two patents for general risk. We also have patents to identify risks in the realms of contracts and product liability in the legal space; one to identify entertainment risk and one for medical, to identify the risks of a missed or mistaken diagnosis. There’s also one patent for the other side of the coin: to identify a financial advantage to obtain, such as R & D tax credits or a price adjustment after an M & A deal closes, instead of a risk to avoid.

Q: How is it that a computer can learn?

A: So now let me put Deep Learning in a way that attorneys will recognise.

Recall that my first Deep Learning patent starts out with using “Classified Text.” By “classification” I don’t mean secret information. I mean the kind of categories of lawsuits you find in the US federal litigation database that’s known as PACER. 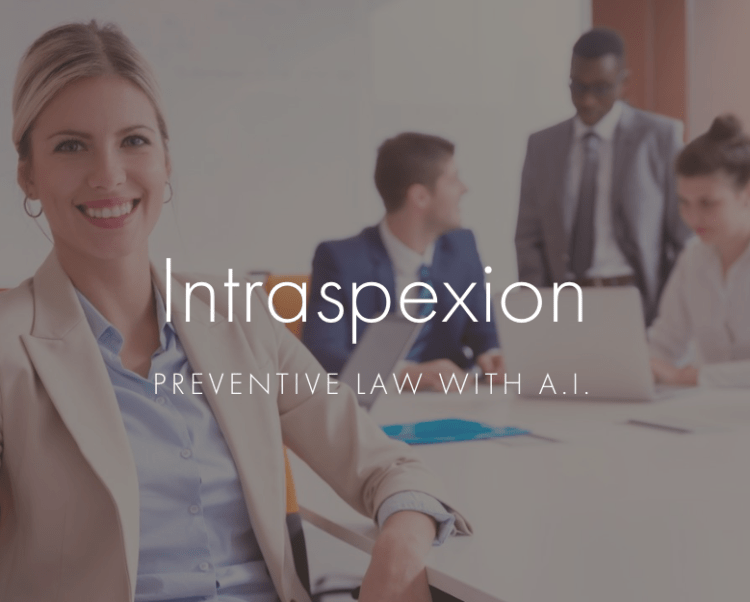 For example, one category is employment discrimination, which is Nature of Suit code 442. There are classifications for Breach of Contract, which is NOS code 190; fraud, NOS code 370; and many other business-relevant classifications.

And, of course, there are many examples in each classification, and they’re easy to find. They’re in the factual allegations in the complaints, as vetted by counsel, and usually they don’t contain emails.

When the words in those examples are turned into number strings and fed into the system, the system learns the patterns of those words. When we present the system with the company’s emails, the system engages in “pattern matching” and reports out emails that are related to the specific risk at issue, and to what degree.

I’m leaving out a lot of details, but that’s the essence of it.

Q: And the bottom line is?

A: The bottom line is that a trained Deep Learning system can surface for human review a reasonable number of emails that match with the training data, and to what degree.

Corporate legal staff can use this system to augment the intelligence of the reviewers. They can see the risks and then investigate them before the damage is done and the lawsuits are filed.

Q: What changes do you see for the profession?

A: I see big changes, such as: (1) instead of managing litigation, corporate legal staff will be put on the alert to the risks, which enables investigation and prevention; (2) with prevention, the frequency of litigation will go down; (3) when the frequency goes down, the company’s litigation spend will level out and then go down; (4) which means that the value of the corporate legal staff will go up; and, in general, (5) the company will learn that it can avoid much more of its current litigation spend with “prevention” than it can accomplish with “efficiency.”