Pioneering legal AI company, Kira Systems, has released a new version of its document classifier which will allow users of the natural language processing system to sort documents into 35 distinct types.

Other document types that the system is able to identify – without the need for a lawyer initially to read in order to find out – appear to include: service agreements; IP agreements; and litigation agreements, and several others.

The Canadian company said in a statement that ‘the new categorisations have been trained by our legal knowledge engineering team using thousands of examples to anticipate the wide variety and complexity of documents you are likely to encounter in your daily use of Kira’. 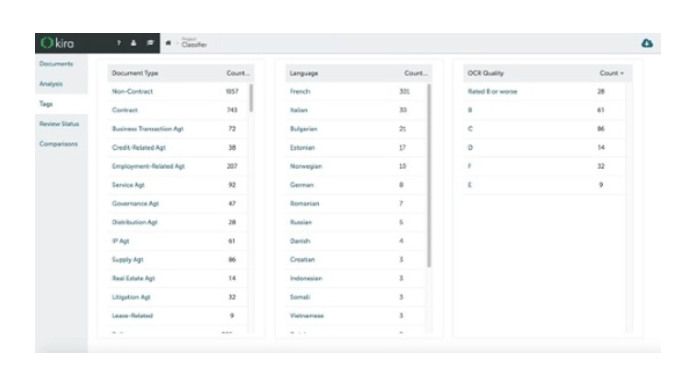 The company added that the improved capability, which is part of a broader 7th October update, will help customers with three things:

– prioritising the documents that are most important to review.

– identifying when a subject matter expert might need to be assigned to help with a review.

– and, mass assigning documents for review.

The news follows a busy week for Kira Systems in which it also gained SOC2 security approval after an independent assessment of several aspects of how the AI system works, including areas such as cloud security.