Laboralisto is the brainchild of Daniel Gutiérrez, the managing partner of local Mexican law firm, GD Legal. The idea is that as clients make use of the platform they will provide valuable data about employment law litigation, which can then be leveraged to expand the platform’s capabilities for clients to include case prediction.

For example, employment cases will reveal data on success rates, pay-outs, tendencies to claim against certain companies, or employers in certain locations and, in effect, any other potential data or cross-reference that can be gleaned from the cases that pass through the system.

Gutiérrez told Artificial Lawyer that there was little locally produced data available for employment cases and it was therefore necessary to build their legal database from scratch.

‘Today there is no public data [in Mexico] that we trust. With the data we collect we will be able to tell lawyers how much a case will cost, or when they should settle,’ Gutiérrez said.

Employment law has been targeted in part, Gutiérrez said, because of the sheer volume of claims in Mexico. Despite what external observers, and perhaps some foreign companies with manufacturing planets in the NAFTA member country, may assume about local labour protection law, the reality Gutiérrez said is that Mexican workers have very strong legal rights. This has created 100,000s of claims each year, often for wrongful dismissal.

‘Around one in every 12 businesses in Mexico is involved in a labour dispute every year,’ he noted. ‘One reason is that after only thirty days you are classed as a permanent employee.’

Moreover, fines can be significant, at up to 300% of an employee’s annual salary. While such fines may still be relatively lower in total compared to those in the US or UK, it’s the sheer volume of claims that large industrial employers may face that makes this practice stream both rich in potential data and also likely to benefit from any predictive capability. 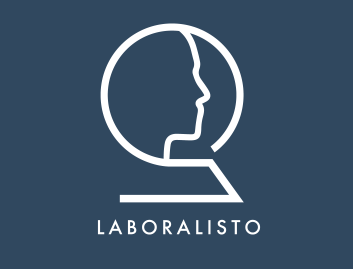 Gutiérrez adds that Laboralisto, which has just launched, operates in English and Spanish and at present seeks to help corporates, especially their HR teams. For now, clients upload the case to the system, they can then share information easily with all parties and their lawyers and monitor the case as it progresses. But, as noted, the greater benefits will come once case data has been collected.

Gutiérrez added that he started the company just over a year ago and although the project has been bootstrapped so far, he was now looking for investment.

He added that much of Latin America faced the same employment law issues as Mexico and that Laboralisto would be useful across the wider region.

Gutiérrez also explained that he had been very inspired by what he had seen in the California-based legal tech community, for example by litigation analysis and prediction applications such Lex Machina and RAVEL (both of which are now part of LexisNexis). He had also engaged with Codex at the Standford Law School, which provided further inspiration.

He added that in Mexico, and largely in Latin America, as far as he could see, there were few local legal tech companies, while adoption of US or other foreign legal tech applications, beyond billing systems, was minimal. Though, hopefully, tech adoption will change with the right applications.

One challenge he noted was that many legal tech systems came from Common Law countries and were primarily in English. In which case there would appear to be a market opportunity to build home-grown legal tech applications across a wide range of areas, from case management to more advanced prediction and machine learning systems.