UK law firm, TLT, has today announced that it has entered into a strategic, multi-year partnership with Pittsburgh-based legal AI company LegalSifter, which includes a minority equity share in the US business.

The relationship with contract review system LegalSifter will offer a ‘combined intelligence’ solution for contract negotiation to the UK and Ireland market, said the law firm, that will combine the AI company’s NLP technology with their lawyers’ legal expertise. 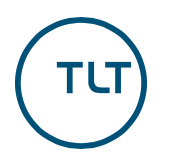 The move is significant in that TLT, although with offices around the UK and abroad, is based in the regional centre of Bristol (pictured above), indicating that interest, as well as investment, in legal AI technology has now moved well beyond the City of London.

It also perhaps indicates that client demand for machine learning systems that can provide efficiencies in terms of time and accuracy are not just being demanded by the largest global companies based in the UK capital, but now across the country, which remains the world’s second largest legal market after the giant US market for legal services.

So far a number of City-based UK law firms have invested in legal tech and other start-ups. Slaughter and May invested in AI doc review company, Luminance; Allen & Overy invested in fin-tech company Nivaura; and Mishcon de Reya has invested in Everchron, who are developers of collaborative litigation management software; and Ping, whose product automates timekeeping for lawyers.

While LegalSifter is a doc review system, one of its key uses is at the negotiation stage of a contract. Users of the system start by uploading draft contracts into LegalSifter. ‘Sifters’, which are software trained to read text for a specific concept and that learns over time, and with in-context advice from TLT’s commercial lawyers, then help users to identify missing terms and conditions and make changes.

In a statement the firm said that the software completes a contract review within a minute or two. It can also be customised to each client depending on the types of contract they need to review during the negotiation phase.

James Touzel, partner and head of technology, media and telecoms at TLT, said: ‘People and artificial intelligence together will deliver better results than either alone. Clients will inevitably have questions that software cannot answer, or they will want the assurance that an expert is available when needed.’

‘At the same time, artificial intelligence offers a speed that people cannot possibly deliver. That is why TLT has partnered with LegalSifter to create what we believe is the first solution of its kind in the UK and Ireland legal market,’ he added.

Kevin Miller, CEO of LegalSifter, concluded: ‘Contract negotiation is a slow and risky process. By combining intelligent software with intelligent lawyers to make contract reviews quicker, safer and cheaper, we’re hoping to make this pain a thing of the past. We are excited to be partnering with TLT to bring this new solution to market.’

TLT has more than 100 partners and focuses on large corporates, public institutions and high growth businesses. It has offices in Bristol, London, Manchester, Glasgow, Edinburgh and Belfast in the UK, as well as a specialist shipping finance team in Piraeus, Greece.