The core idea behind Ipocamp is that each piece of work, e.g. a song, a short movie, or a set of designs, is given a unique identity, which is then stored on the Ethereum blockchain. This may be public, but the IDs cannot be tampered with.

The system was co-developed with Cheyssial’s colleague, Barthélémy Lemiale, who is a lawyer in Paris.

Ipocamp then uses the blockchain to share the IP with others. But because it is public and the IDs are unique it’s impossible for someone who has been sent the information to argue about where they saw it first. And that helps reduce IP theft, a major issue faced by all creative people. 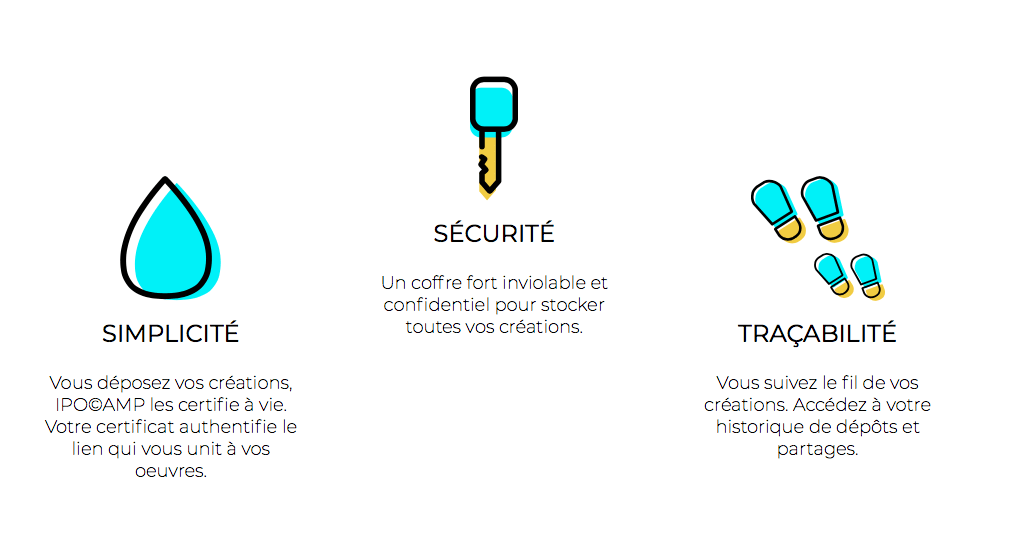 Anyone involved in the world of fashion and advertising knows well that there is little to stop a giant fashion company or ad agency pilfering large parts of a beginner’s material, while the owner has little chance of proving their specific ideas have been copied.

Cheyssial told Artificial Lawyer that his IP system does not mean the entire content, e.g. a short film, is stored on the blockchain, but rather a unique hash.

‘What our users need to understand is that the input (it may it be a picture, some text or a video) is hashed in the blockchain through an algorithm. The hash is a unique fingerprint, a public crypto-key and can therefore lead to the content itself and prove to whom the work belongs (i.e. the creator’s ownership) and when it was made,’ he explained.

‘The value of our certificate [which the system creates] is international and works worldwide,’ he added.

[ Note: For more information on hashing, the following guide may be of use, via Blockgeeks.com. ]

‘We can in the future also make use of smart contracts for payments and royalties,’ Cheyssial explains, ‘this is because Ethereum can support Ether, the cryptocurrency.’

‘It’s like an angel for creatives,’ he said of the platform. 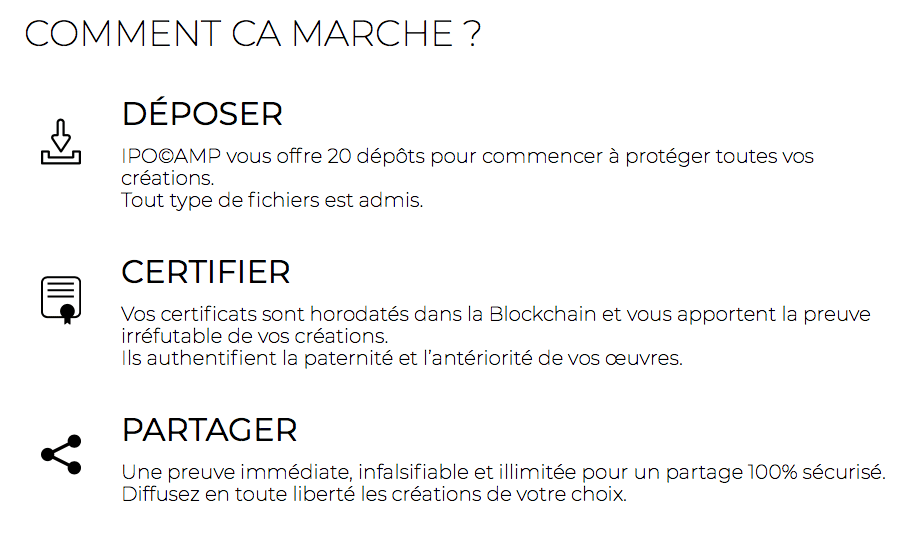 Cheyssial added that the new venture has been funded by his previous venture ClauseCombat, which has a focus on improving the visibility of risky clauses in real estate contracts.

He went on to say that legal tech start-ups are growing fast now in France, in part because access to lawyers is difficult due to cost barriers.

‘We want to help change the way that legal services in France are distributed,’ he concluded.