‘We must open our minds to innovative approaches and to leveraging technology in order to identify new models to deliver legal services. Those who seek legal assistance expect us to deliver legal services differently. It is our duty to serve the public, and it is our duty to deliver justice, not just to some, but to all.’ – William C. Hubbard, ABA President 2014-15, from the foreword to ‘The Report on the Future of Legal Services in the United States’.

As the founder and CEO of Integra Ledger and a co-founder of the Global Legal Blockchain Consortium (GLBC), much of my work focuses on issues involving collaboration. Blockchain is a distributed technology that requires a degree of consensus and trust not normally found within large networks of traditionally untrusting parties, and so the process of blockchain technology adoption requires entirely new ways of thinking about how to foster collaboration and innovation across entire industries.

The legal industry fits the definition of a large network with traditionally untrusting parties, but due to the relatively small size of the players, it is also plagued by the “collective action problem” which refers to a situation in which multiple parties would all benefit from an action to create a common good, but such action has a sufficiently high cost that it’s unrealistic that any individual party can or will undertake and solve it alone. Collective action is necessary to spread the cost to achieve the shared benefit, but no individual party has incentive to move first and bear disproportionate cost.

Examples of collective action problems are visible throughout the legal industry in things as mundane as numbering systems and billing systems that are not standardized, to more serious issues such as email encryption. All parties would benefit from standards, shared innovations, and lower cost of implementation, but the inability to coordinate and collaborate, per the collective action problem, leads to what economists call “dead weight loss” – artificially high prices due to redundancy and inefficiency, and reduced consumption of legal services due to artificially high prices. Everyone loses.

Collective action problems are a major factor in the continuing failure to solve the access to justice problem, leading to the societally disastrous outcome that 80-90% of people on Earth lack access to even basic legal services.

An attempt to solve the collective action problem in law

In early December of last year, Aileen Schultz (Integra’s Director of Network Intelligence) and I proposed the Global Legal Hackathon to take place simultaneously in dozens of cities and countries around the world – one of the largest legal tech innovation events in history. We made the announcement right here, on Artificial Lawyer.

Consistent with our belief that solving collective action problems requires huge numbers of aligned individuals and organizations, we imposed minimal restrictions on participation. There would be no entry cost. Hosts could be for profit or non-profit. They could be universities, law firms, corporations, or other organizations. Participants and teams could work on any problem in law, using any technology, and the teams would retain ownership of what they invented. No obstacles or impediments to free association or creativity. We didn’t even actively advocate for Integra Ledger blockchain technology, even though Integra founded and organized the event. The only requirement was that everyone work at the same time, as one global community, over one weekend, on a worldwide basis.

The outcome was remarkable. On February 23-25, the first ever Global Legal Hackathon took place in 40 cities and 22 countries around the world, with thousands of participants, hundreds of teams, and ultimately 37 winning teams which proceeded to compete in the just-concluded semi-finals of the competition.

The diversity of solutions was remarkable; from applications to address domestic violence (Warsaw, Poland) and crowd-funding class action lawsuits on blockchain (San Francisco, US), to reducing the prison population in Nigeria (Lagos, Nigeria) and simplifying peer-to-peer consumer contracts via mobile (Ottawa, Canada). Even the ALA (Association of Legal Administrators) got involved with a blockchain and Slack solution for billing codes.

And Gillian Hadfield of the University of Southern California challenged the world to tackle “problems worth solving”, which became the “Hadfield Challenges.” One of the teams rose to her challenge, and their solution will be presented in New York on April 21st during the final judging round.

The Global Legal Hackathon succeeded because it was so large, and because it engaged so many thousands of stakeholders in parallel, at so little cost, reduced friction, and minimal risk. One need look no further than the many media partners and the over 100 supporting organizations around the world to appreciate the benefits of collective action at scale. Glancing at social media after the event, it was obvious that the global platform and audience for many of the innovative teams was a game-changer and something that simply would not have been possible without collective action. Millions of lives may be impacted, as a result. 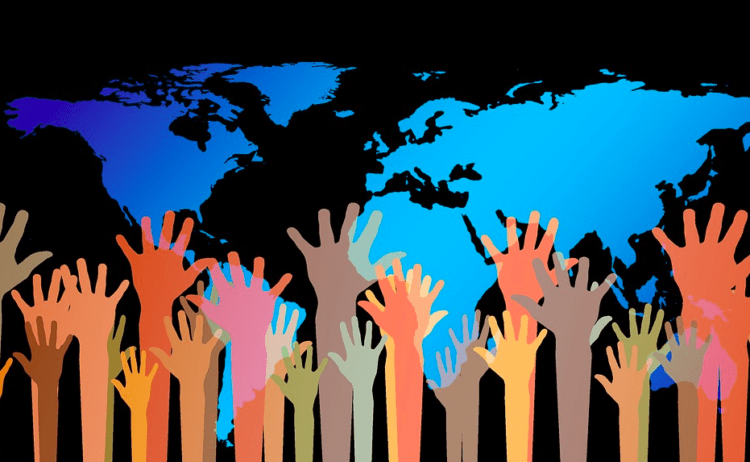 To solve the collective action problems in law, we need to tear down the artificial barriers to collective innovation and reduce barriers to participation. We need to make collective action easier and almost automatic. This is truer than ever as we enter a costly and complex new era of AI and blockchain technologies. A market of fragmented standards, organizations, and narrowly self-interested parties could be disastrous and doom any effort to transform the legal industry from within.

As a first step, we call upon all the legal industry trade and professional organizations to embrace this philosophy. Open up your organizations to the legal industry innovators of the world, from wherever they may hail. Do it for the good of humanity, as law is not a “private good” to be protected, but a universal context for all inhabitants of the planet. And if not for humanity, then do it for self-interest – growing markets are good for everyone. As the Global Legal Hackathon demonstrated, there is vast energy for legal technology innovation around the world, ready to be activated.

To help to facilitate this proposed surge in globally coordinated legal technology innovation, we are offering the framework and philosophy of the Global Legal Hackathon as a non-profit, no-barriers, innovation platform to the world, bringing together all stakeholders in legal innovation to overcome the collective action problem. We don’t care where you’re from, what language you speak, or what part of the legal industry you inhabit. You just need to share the belief that the solution to the collective action problem in law is globally scaled and coordinated community action. We invite you to contact us and start the conversation about how we can apply the lessons of the Global Legal Hackathon at a scale and pace of innovation never before seen in this industry.

Come and see for yourself

If you want to see what just a single weekend of global collaboration with no barriers and no exclusions can create, please join us in New York City on the evening of April 21st for the finals of the Global Legal Hackathon, where you’ll witness exciting new innovations in law from around the world, including China, Singapore, Nigeria, Hungary, Brazil, Germany, Australia, the United States, and Canada. You’re going to be blown away. For information about tickets and tables, click here.

This is a Sponsored Thought Leadership article by David Fisher, the founder of Integra Ledger, ‘the blockchain for law’, as well as a co-founder of the Global Legal Blockchain Consortium, which is among the largest legal industry blockchain consortia in the world. He is also a co-founder of the Global Legal Hackathon, which took place on February 23-25 and was one of the largest legal tech innovation events in history.