The Right Incentives for Legal Tech

As an MD at a private equity firm, I obsessed over getting the incentives right for our investments. Now that I’m running PartnerVine, I help law firms sell their own Legal Tech, and I get to consider the incentive structure for law firms doing Legal Tech often. The incentives are wrong at many firms: law firms produce annual income for their partners; Legal Tech targets capital gains. I think that’s a major reason law firms don’t innovate.

As an example, last December I was speaking to the decision-maker of a Global 100 law firm about joining PartnerVine. When he asked me how he should convince his partners, I didn’t have a good answer. I told him that partners are incentivized to maximize annual income, and that is the wrong incentive for Legal Tech. I told him that the best way forward for a law firm is either a skunkworks or consolidated decision-making authority. That was a deal breaker.

He was facing a partnership committee, and I was telling him he should move forward against the interest of his partners. As I said, I didn’t have a good answer.

I gave it some more thought, and here’s what I think is a better answer. 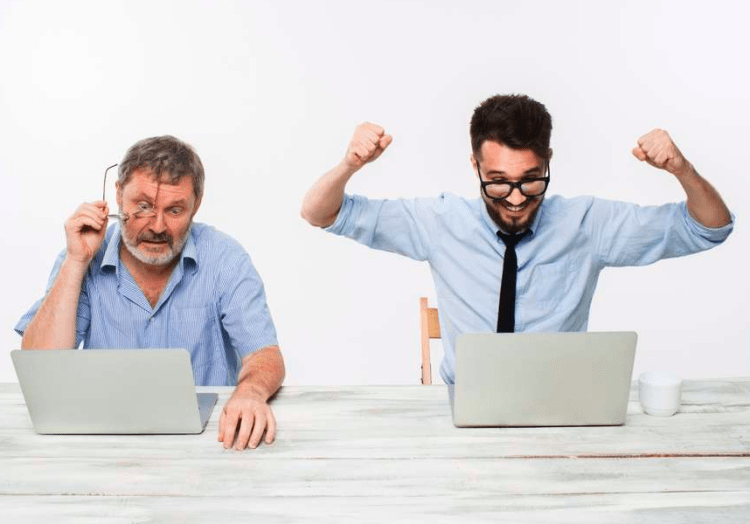 While disruptive tech may be a good strategy for a partnership, it’s a bad strategy for any one partner. If a law firm does tech successfully, there are a few results that are against the interests of each of the partners making the decision to pursue Legal Tech:

• The investment period required for tech means that one set of partners makes the investment but another set of partners gets the revenue. That’s a fundamental mismatch of benefits and burdens, particularly if you ask for an investment from partners that are uncertain if their billing pyramid will be as big in the future as it is today—there are always plenty of those.
• If technology is successful it shifts the value drivers of the business from services to products. For a partner, that means value moves away from that partner’s provision of services towards the partnership as the owner of the product. As a result, that partner has less control over his or her share of the value of the business.
• Finally, the core of any law firm partnership is the incentive to maximize annual revenue, and that does not match the investment period required for Legal Tech. Law firms have endless versions of how they put together that incentive to maximize annual revenue, but the key element of a partner’s share of profits is the annual review of the partner’s billing pyramid.

When you’re investing in disruptive technology that slims that pyramid, that’s the wrong incentive.

Law firm partnerships need to get the incentives right to be successful at Legal Tech. The proposal here is to treat investments in disruptive tech differently so that the benefits for partners match the burdens. Here are the key elements:

There’s plenty to unpack there, but that’s the way I’d convince my partners. The worst outcome for a law firm is no action, and an important part of treating the Legaltech Project separately from the main partnership is to enable decision-making. It is also a better way to match the risks and rewards for law firms pursuing Legal Tech.

There are many forms the Legaltech Project could take as a tax matter, either as a special profit-and-loss sharing arrangement within the partnership, as a separate partnership or as a separate company. Tax considerations should drive the discussion of form. My colleague Paul Millen has written an interesting article on one of the new tax incentives for Legal Tech under the 2017 Tax Cuts and Jobs Act called US Tax and Law Firm Legal Tech.

On when to invest in this type of structuring; we think there are only a few tech opportunities that threaten to disrupt the business of a law firm, including platforms and proprietary technology in AI/machine learning. That is where law firms really need to overcome the mismatch of incentives discussed here.

[ Note: Jordan would like to add, that naturally, you should not interpret this guest post to be tax or legal advice. ]