Thomson Reuters has brought blockchain-based legal arbitration platform, Kleros, into its Incubator Labs start-up programme in what appears to be an unusual step for the legal tech and information giant. The blockchain start-up company is also shortly to launch an ICO.

Kleros seeks to avoid the need for ‘bricks and mortar’ legal procedures and law firms by crowdsourcing justice. It works in the following way: a party signs up to a smart contract for a service, with that contract operating on a blockchain. If there is a dispute the funds for the service are stopped until an online arbitration takes place. This arbitration is organised by Kleros, which invites ‘jurors’ to be part of a particular hearing.

Or, as Kleros explains: 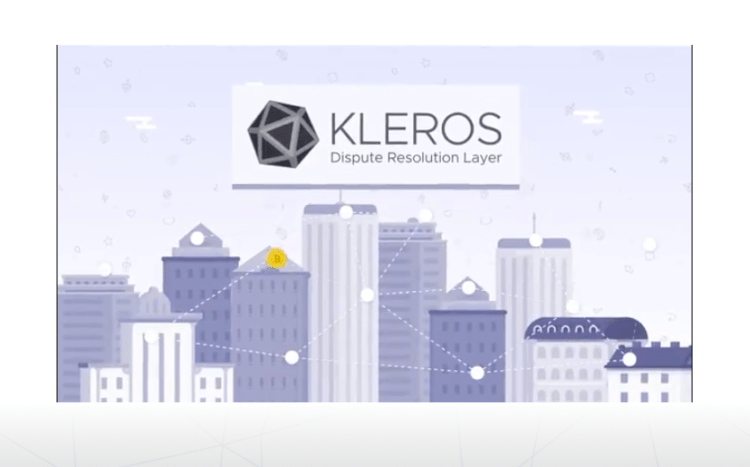 All in all, quite a radical approach largely based on game theory. It also is a system that will need participants to carry the PNK tokens that Kleros is soon to launch in an ICO. That said, for those who are already familiar with blockchain technology and feel comfortable with the idea of crowdsourced justice this could be an effective means of dispute resolution.

The company goes on to say in its White Paper:

‘The rise of the digital economy created labour, capital and product markets that operate in real time across national boundaries. The P2P economy requires a fast, inexpensive, decentralized and reliable dispute resolution mechanism. Kleros uses game theory and blockchain in a multipurpose arbitration protocol capable of supporting a large number of applications in e-commerce, finance, insurance, travel, international trade, consumer protection, intellectual property and academia among many others.’

The company concludes: ‘Just as Bitcoin brought “banking for the unbanked”, Kleros has the potential to bring “justice for the unjusticed”.’

This would also however seem to be an area guaranteed to get lawyers talking, given that it raises all kinds of issues, such as legal enforceability, jurisdiction, appeals processes and accountability. But Thomson Reuters is excited nevertheless and has brought Kleros aboard their flagship tech incubator based in Switzerland.

Dr. Federico Ast, Kleros Co-founder and CEO, said: ‘The entire Kleros team feels incredibly honoured to be chosen as only the fifth project accepted in the Incubator Labs program.’

‘Thomson Reuters’ capabilities and trajectory in legal and financial industries will help bridge the gap between blockchain and the real world. This is a big step for using the power of smart contracts to solve real life problems,’ he added.

To learn more about Kleros check out the two videos below: