Australia-based legal tech company, Legaler, has raised $1.5 million to help build blockchain-based solutions for the future of legal services and to boost access to justice.

Legaler raised the money in a round led by MasterNode Ventures, joined by Pacific Blue Capital and a number of prominent legal industry figures.

Likened to Apple’s App Store and developer SDKs, Legaler is an infrastructural layer consisting of a proprietary blockchain and developer tools for legal services to easily build their own secure and scalable decentralised applications (dApps).

Legaler CEO and Co-founder, Stevie Ghiassi, said that the logic behind the company’s project was to tap new technology to help the 4 billion people who live without access to justice around the world, or more than half the world’s population. Moreover, even in developed nations, around 80% of people choose to not use lawyers due to fears over costs.

That is to say, anyone thinking the legal world is ‘doing fine’ is rather deluded. Much needs to change.

Ghiassi said: ‘In developed countries like the United States, United Kingdom, Canada, and even Australia, 80% of people encountering a legal issue are unable to get help [from lawyers] due to the prohibitive costs and arcane complexity of the system. There needs to be a fundamental shift and blockchain technology will provide just that.’

Legaler previously launched an online meeting tool in 2017 to help lawyers and clients collaborate easily and securely, which has been adopted in over 1,000 law firms across 80 countries.

The company hopes to further reduce the barriers to legal services by funding dApps that leverage Legaler’s blockchain and developer tools to provide greater access to justice.

‘Existing public blockchains have several limitations which limit privacy and transaction throughput which have prompted us to explore new consensus algorithms and sidechains for speed and cost savings, as well as zero knowledge proof technology to meet the confidentiality requirements of the legal industry,’ said Ghiassi. 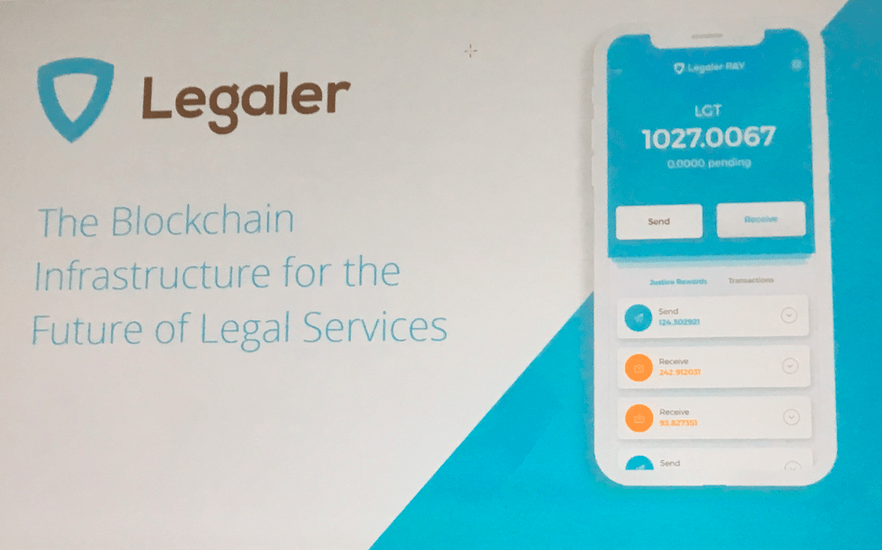 Developed in-house, a first-of-its-kind dApp using the system will match disadvantaged clients with pro bono legal advice, powered by a tokenised incentive system, along with a platform for crowdfunding social justice cases through transparent, tax-deductible donations.

The company has also enlisted one of Australia’s most experienced blockchain and cryptocurrency lawyers, Michael Bacina from Piper Alderman, to ensure they meet all regulatory requirements.

There will also be a token sale shortly, with the token being used to incentivise the use of the system.

The recent injection of funds will help Legaler mature its technology and team ahead of the public sale, the company added.

Ghiassi, who is also President of the Australian Legal Technology Association, added: ‘It’s an exciting time to be in the legal industry. The convergence of AI, blockchain and automation will bring radical change to a profession that has traditionally lagged behind other service industries.’