The Power of Sharing: ILTACon 2018

A Guest Post by Tessa Ramanlal, solicitor at Herbert Smith Freehills and co-founder of ANIKA.

For a conference firmly rooted in AI, blockchain and all things legal tech, I was surprised that the focus of ILTACon 2018 was predominantly human. Human successes, human failures, and human communities in this evolving world of legal tech.

Rightly or wrongly, openness and collaboration are words that don’t always come to mind when we think of the legal profession. In fact, lawyers are trained adversaries. Being risk-averse and competitive is in the industry’s DNA.

Yet, ILTACon was an inspiring show of global legal tech citizens travelling from far and wide to get in a room and share – share stories of how we can best leverage technology for our clients and as a transformative force for good.

I was nodding ferociously in Tuesday’s keynote when Daniel Linna (Northwestern Law) said, ‘we’re part of something bigger and important here – we’re not just improving legal service delivery so we can improve Starbucks’ bottom line and make more revenue for ourselves, but we’re part of an important profession and we can make a difference’.

In her panel on closing the gap between lawyers and IT, Alma Asay (Integreon) said, ‘there are success stories in every organisation these days and I encourage you to share those and give people hope that these challenges can be overcome’.

Here are five of the many success stories shared at ILTACON:

In an industry where ‘mistake’ is a dirty word, largely because it conjures thoughts of negligence and liability, the tales of failure were particularly refreshing.

Shout out to Matt Homann and the Filament team for empowering us to speak candidly, and for weaving our insights together on these cleverly crafted storyboards.

As a newcomer to the legal tech scene, I know I’ll make mistakes. My hope is that I can learn from the failures of others, make new mistakes, and pay those forward to my peers.

Developing and implementing legal technology is a cross-disciplinary exercise which involves the intersection of professionals who think, communicate and operate in vastly different ways. That presents challenges. However, it also unlocks a field ripe with opportunities for collaboration when lawyers and technologists take the time to learn about each other. That starts with sharing.

The twittersphere is a beautiful thing when it comes to connecting the legal tech community. But to have the whole industry in the one room (technologists; lawyers; in-house GCs; start-up founders; commentators; knowledge management; operations; 15-year-old hackers), where you can look each other in the eye and share a story – or perhaps a brave conversation – that’s a great way to build community and catalyse innovation.

A huge thank you to ILTA for the scholarship to attend! 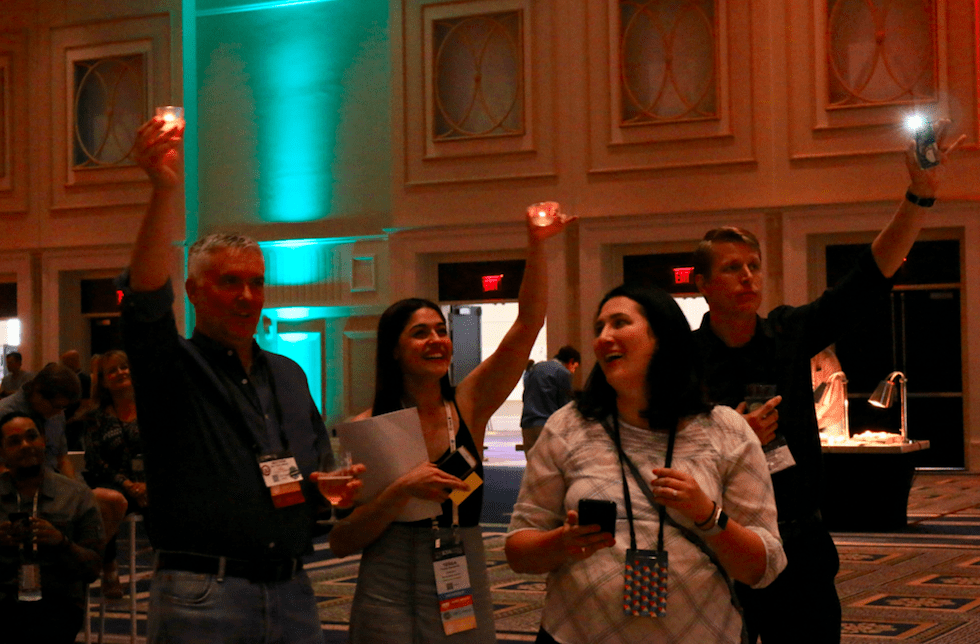