It’s Friday, it’s half-term holidays for many, but still the news machine keeps turning. Here’s your weekly dose of AL caffeine to keep you perky and up to date. Enjoy.

Artificial Lawyer caught up with Kirk Chocholek, Senior Project Manager, at eDiscovery firm, QDiscovery, to hear about its recent work with the Relativity platform.

QDiscovery is one of many legal tech companies working within the Relativity ecosystem and the company has created a new app that helps lawyers to quickly sift out which communications are privileged – a key part in most discovery tasks. It also submitted it to the annual Innovation Awards held by the Relativity platform this month.

‘We leverage custom fields in emails, but that were not leveraged before so much. We focus on the domain object, which will show if communications are with law firms,’ he says – which makes sense.

But, one addition struck Artificial Lawyer as very smart indeed: ‘We found that the more parties in a communication the lower the chance that the information is privileged. So the application shows the total number involved in a communication.’

It’s stunningly simple, but a good observation of human behaviour: we tend to try and keep secrets between just a few people. It’s a nice example of tech and anthropology combined.

It won’t be the answer to all problems related to privilege, but it’s good to see that just some lateral thinking and some tech can solve a complex challenge that otherwise might demand loads of manual review.

And as with other applications this all works seamlessly on the Relativity platform, as part of their ‘app store’ hub model.

International law firm Taylor Wessing has announced the pilot of some new technology to help e-commerce clients identify whether their website has been targeted by hackers.

Created by Pervade Software, the newly branded service, ‘TW:detect‘, scans client websites for indicators of compromise. Taylor Wessing is the only law firm in the market to have access to this, they said.

The law firm added that the catalyst for developing this new tool was malware campaigns that affected a number of e-commerce websites, aiming to harvest credit and debit card details. And we have all seen in the news dozens of such examples in recent years – so clearly a huge problem.

Taylor Wessing is hoping that with this new tech they’ll be able to offer their clients a new level of service that will no doubt be of help to many businesses around the world.

The tool works by ‘scanning client websites for indicators of compromise drawn from a wide range of feeds’. The firm will receive an alert with details of the apparent compromise, which is then raised with the client and their security teams.

Paul Glass, Partner and head of the firm’s cybersecurity team, said: ‘The legal risk to data rich businesses which are victims of cyber attacks is significantly greater after GDPR. E-commerce businesses are regular targets for cyber attacks, particularly fast growth companies which may have less mature security capabilities. We have worked with Pervade to develop a tool which works alongside clients’ existing information security systems to help those clients quickly identify if their e-commerce platform may have been compromised.’

And, the core tech for this product is from a Welsh company, Pervade Software, which has developed OpView, a flexible security monitoring system, and OpAudit, a compliance tracking solution which gathers and manages all evidence of compliance with all policies in a single system.

Baltic law firm, Sorainen, which has offices in Estonia, Latvia, Lithuania and Belarus, has adopted Luminance for M&A due diligence work.

The company noted that the firm had conducted a test with a data room containing over 600 documents in English, Estonian, Lithuanian, Latvian and Spanish. It says that Luminance ‘was immediately able to categorise the data set by document and clause type, regional activity and language, focusing the review from day one’.

And so began the contract with Luminance… 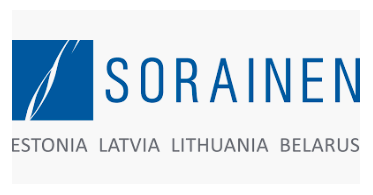 Toomas Prangli, co-head of the Corporate and M&A Practice Group of Sorainen, said: ‘Using Luminance, we were able to pinpoint areas of concern far more quickly than using manual review alone. The technology’s easy-to-use interface immediately recognised a variety of languages present in the data room, meaning the deal team could focus their review on areas of potential interest within minutes, rather than hours.’

‘This, combined with Luminance’s inbuilt workflow tools, which allowed the team to easily assign and monitor tasks across the three offices involved in the transaction, meant our lawyers were spared the time usually spent manually annotating contracts. We’re excited to roll Luminance out across the region,’ he added.

Emily Foges, CEO of Luminance, concluded: ‘The firm recognises the time and efficiency savings Luminance can deliver in cross-border, multi-lingual M&A transactions and the crucial role AI will play in maintaining their position at the forefront of the Baltic legal market.’

UK law firm, TLT, has launched a Future Law initiative and ring-fenced £500,000 for investment in tech-related projects. The move follows a recent investment in legal AI company LegalSifter, which it is providing to its clients.

The initiative will focus on developing new solutions to client challenges and Head of Digital James Touzel will lead it.

The firm explained that the designated pool of cash will ‘enable a more rapid approach to testing and scoping of ideas in the business and, where suitable, with clients’.

Those ideas with potential will then be supported through the firm’s normal business change process to secure longer term investment and support.

Touzel added: ‘Tech and new market entrants are clearly disrupting the sector. We are thinking differently about how to solve the challenges our clients face as an intrinsic part of what we do every day. Ramping up our innovation programme will ensure that we continue to have a sustainable and valuable proposition for our clients in the future.’

This has nothing to do with legal AI or legal tech, but AL thought the news that Christies had sold its first ever AI painting was important.

The French team, Obvious, who made the picture…or rather the algorithm that made it….explained: ‘The algorithm is composed of two parts. On one side is the Generator, on the other the Discriminator. We fed the system with a data set of 15,000 portraits painted between the 14th century to the 20th.’

Exciting times. Many will say this is ‘not art’….but then, we’ve been here before with some aspects of Dada and also Surrealist automatism, even if they didn’t use machines. And so it also raises the question: what is art? Hmm, looks like maybe we need a special piece on Art and AI.

OK, that’s all folks. (P.S. I am actually taking a day off today….see you all on Monday.)