Time-short legal professionals are increasingly overworked, swamped with agreements to review and approve. Yet at the same time, the GC’s team is under immense pressure to identify and mitigate risks, while also approve commercial activities that will empower business growth.

Drowning in paperwork, the GC’s team spends hours each day on basic tasks below their capabilities, often handed contracts for a ‘quick once-over’ before they’re signed. Such conditions are alarmingly common, and carry a number of risks for the business.

Important clauses may be overlooked. There may be skill gaps or differences of opinion between the legal team, causing ambiguity and inconsistency. Contracts may be passed to untrained sales or procurement colleagues for review in an attempt to speed the process along.

The impact on morale in the GC’s team is debilitating; a situation compounded by the rest of the enterprise’s view of the legal team as a hindrance to the ‘real’ business of developing new products and services and generating revenues.

However, enterprises are beginning to understand the tangible value that can be delivered by automated contract pre-screening solutions. Such technology can ask thousands of questions defined by legal experts, and within minutes deliver an output weighing up the risks and advising next steps. Legal resources are then only required to follow up on these recommendations, whether they be a change to a clause, removing common bottlenecks altogether, or acting quickly to monetise a business opportunity.

There are clear benefits for both the legal team and the business. The GC’s team spends more time on enterprise-wide strategy and supporting other departments, while the business can move at pace and gain considerable competitive advantage. 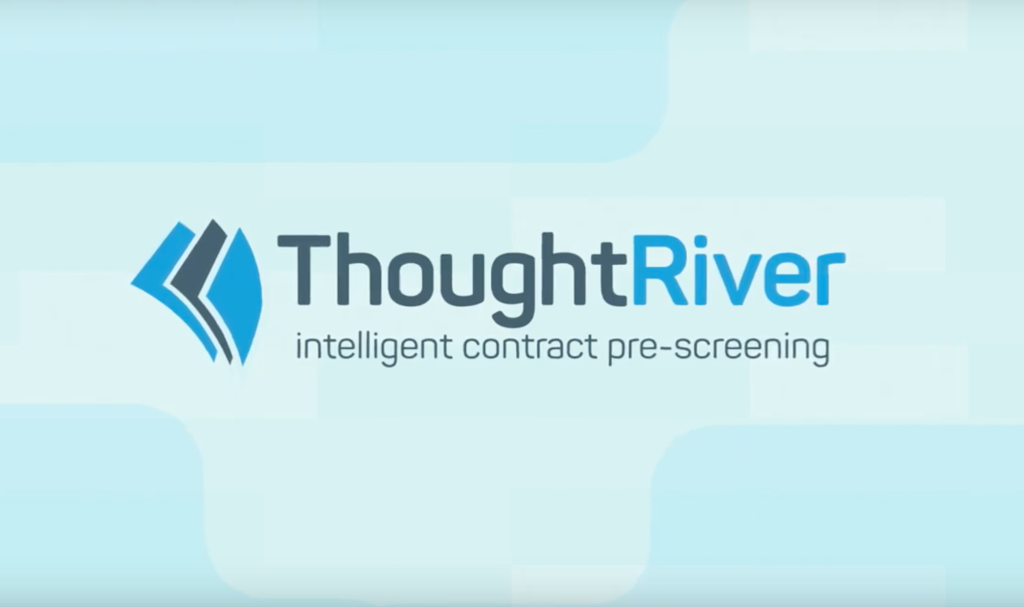 Beyond the Walls of the Enterprise

The real breakthrough enabled by AI-powered contract pre-screening, however, may be beyond the individual enterprise: the creation of a new body of knowledge on good practice.

It starts with the playbooks maintained by individual enterprises. There are the accumulated volume of corporate rules stating essentially: ‘We can accept this, we can’t accept that.’

The playbook provides legal teams with a matrix of behaviour, so long as they are remembered, observed, and – especially – known to be observed. This is not a trivial point: today it is often impossible for organisations of any size to be confident that everyone is applying the rules consistently.

Automated screening at important stages of the contract lifecycle can change this game, by extracting narrative data, information, and knowledge from the written playbook. Instead of a document, the playbook exists in a living, digital, computer-readable form. Crucially, the knowledge inside it reflects what is really going on, not a set of aspirations.

Not only can we now identify at a glance any contract that is incompatible with the playbook, or becomes so due to changes outside the organisation, but we can also start changing behaviour within.

As a first step, we can now understand whether the playbook’s rules are themselves fit for purpose, by the very simple criterion of whether they are playing out in practice. For example, if the knowledge base shows that a particular opening negotiating position mandated by the playbook for a particular type of contract is always knocked back by the other party, it may be advantageous to save time and other resources by dropping that position from initial drafts.

This knowledge can also be harnessed for benchmarking with other organisations. But for this to be effective, another behaviour change is required: we need to standardise the way contract clauses are described in data terms.

Today, there is little or no coherence between one organisation’s library of data terms and those of its counterparts, even in the same industry. Until now, there has been little incentive to make this happen even though misunderstandings about meaning are the cause of so many disputes in contracting.

The situation is a little like the web world in the mid 1990s: thanks to lack of standardisation, a website’s appearance would vary widely depending on which browser it was seen through. The obvious benefits of being able to develop a site once for any browser was a strong force for standardisation, so we now take it for granted that a site will look the same whether viewed in Firefox or Explorer. Something similar will happen to contract data once the attractions of cross-sector benchmarking become obvious.

Standardisation enabled a massive leap forward in efficiency of the web world. There is the same potential for efficiency gains in removing the friction from the often centuries-old language of analogue contracts. AI can be the tool for creating a common core library of standards, which is growing all the time. This library should not be the property of one commercial party, but shared by all those with an interest, including law firms, academic institutions, and professional bodies.

Is there a precedent for such an exercise in sharing benchmarking data across highly competitive commercial sectors? The answer is yes, and in one of the most competitive sectors at all. In the 1970s every financial institution made its own assessments of customers’ credit-worthiness, asking their own questions to elicit essentially the same information. The response to the obvious inefficiency was a global credit ratings industry, a standard model allowing banks to learn from each other by having insight into shared knowledge. The fact it is standard makes it irresistible.

Artificial intelligence is not going to replace the general counsel – or most other types of lawyer – anytime soon. But it can empower changes in the way we will work. From the day-to-day activities of the GC’s team, to the additional functions that rely on the legal department’s work, and even to the way in which organisations interact and conduct business across the globe, computer-readable contracts can bring a multitude of benefits at every level.

( Artificial Lawyer is proud to bring you this sponsored thought leadership article by ThoughtRiver. )

Below is a short introductory video on pre-screening by ThoughtRiver.