Those are the main places that probably get about 80% of the world’s headlines in relation to legal innovation. Moreover when a big law firm opens an incubator, an ‘innovation space’, or other type of legal tech project it so often is related to locations in the US or UK.

So….it was interesting to see global law firm Freshfields pick Berlin, Germany, instead to launch its ‘first Freshfields Lab’….and then hinting that there may be more.

The Lab is: ‘…..a dynamic network which brings together the right people for solving challenges. This includes bringing on board start-ups, software providers and academia. Berlin’s start-up campus known as The Factory, the first location of the Freshfields Lab, provides an excellent environment to do exactly that.’

The aim is to develop solutions for clients, sometimes co-creating solutions hand in hand with them. It also sounds a bit like an incubator, although they’re not explicitly labelling it as such. Either way, it’s an ‘innovation space’ and looks like a smart move, especially in the current climate where to not have such a project almost looks like a major firm is missing something.

Here’s a few thoughts. For law firm historians, it’s worth mentioning that Freshfields (Bruckhaus Deringer to give its full name that no-one uses) is the mighty firm it is today in part due to the mergers it did in Germany around the year 2000 – almost 20 years ago. Those deals with top German firms set it on the path to globalisation.

So, in some ways, it’s going back to its roots and also showing that it cares about the rest of the firm’s engagement with legal tech and not just those who are willing to come to London.

Also, Berlin is – as Freshfields’ Felix Netzer, a counsel and co-head of the Freshfields Lab, says: ‘the epicentre of the European start-up scene.’

That’s true, if you take Brexit into account. There are also some great legal tech companies coming out of Germany, or started there, from LEVERTON to Bryter to RFRNZ and more. Even contracting automation platform, Synergist, is (or was), based  there.

Germany is also Europe’s largest market and after the UK leaves the EU, it will be truly the de facto centre of power in the EU.

So, it does all make sense. Also, London does get the lion’s share of legal tech activity on this side of the Atlantic. And that is not just a pity for the rest of the planet, but for the thousands of lawyers who live and work far from the capital inside the UK. Although we have seen some great initiatives in Manchester for example, to help balance things out a bit. And the UK’s universities, from Belfast to Swansea, are also doing their bit to spread things around.

But, if London-based UK firms are going to support legal tech in Manchester, for example, then why not across the Continent as well if they have European clients and offices there?

Overall then, a logical move that chimes with a global vision.

But, let’s give the last word to Isabel Parker, chief legal innovation officer at Freshfields and co-head of the Lab. She said: ‘The location [of the Lab] ensures that our innovation activities are embedded in a dynamic and collaborative ecosystem. It allows us to learn new skills from industries beyond legal services, and to bring our own legal expertise to the community.’

Artificial Lawyer is looking forward to seeing what comes out of the Berlin Lab. 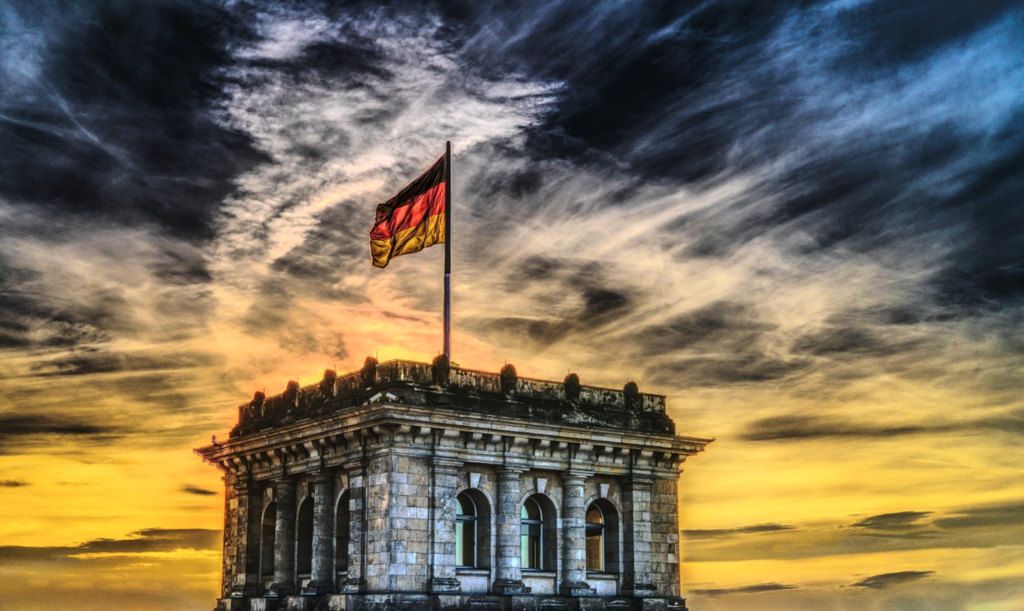 (NB. Main pic is the Ludwig Erhard Haus in Berlin.)