The latest report by Investec on the legal tech and NewLaw (LTN) market has found that consolidation and investment in the sector continues at a robust level, with 24 M&A deals across the first half of 2019, and £358m ($448m) invested in LTN companies by a variety of funds and other businesses.

While Q2 2019 was lower than that of Q2 2018, across H1 2019 the amount invested into LTN companies was the second highest six month investment period in recent years. In comparison, in 2017 H1 totals invested reached only £101m – less than a third of this year’s level.

This clearly shows that investor appetite remains at a highly elevated level with no major signs – yet – of demand dropping for good targets that look like they can scale. Although 2016 and 2017 may have been the years when ‘legal tech’ and especially AI-related companies really hit the headlines, it’s taken a couple of years for the funds with the deepest pockets to turn their attention to legal tech as a sector.

One question however is what the drop in Q2 funding means. If we look at the year before, there was one peak quarter and three smaller quarters. The same may be true of 2019. If that is the case, the above projection of continued robustness will hold true. Even if Q3 and Q4 2019 are the same as Q2 or lower, it would still make 2019 the second best year for legal tech investment. 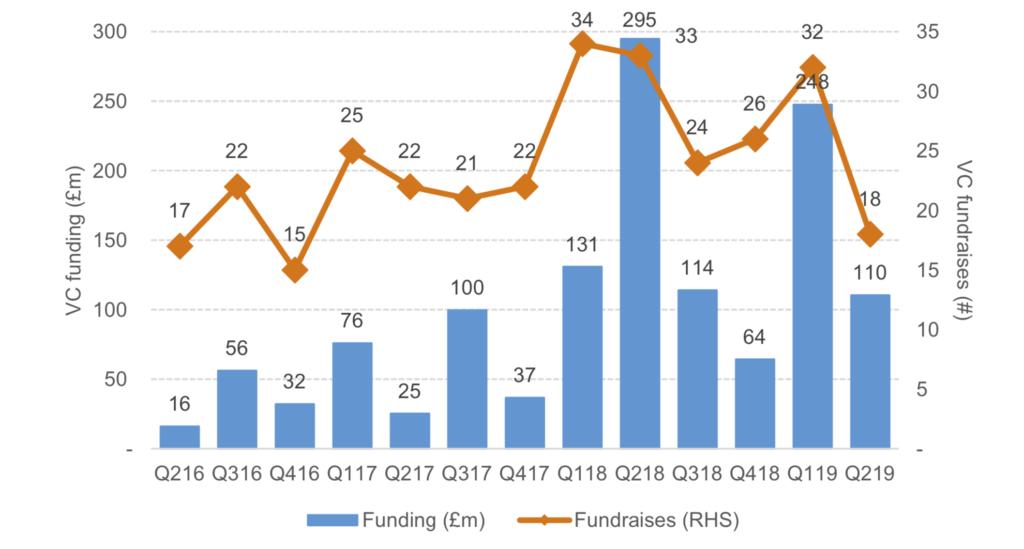 Naturally, as more money pours into legal tech companies the demands on them to succeed and grow their revenues will increase. For now, most recipients of major funding remain well within the ROI/exit sale window and still have some years to show significant growth. But, eventually, funds will want to see a solid return and at that point there will be some very interesting market changes.

If the first half repeats into the second half of 2019, it would suggest sustained consolidation, but at a lower level than 2018. That said, when exactly companies choose to drive through an acquisition deal remains hard to predict, only once 2019 is over will we get a better sense if the consolidation wave is slowing or growing.

Also, it’s worth mentioning that which companies are merging/being acquired is critical. If two companies, both with very well developed collections of applications merged, the impact could be far greater than a far larger company with a platform of tools buying up a single point solution.

For Artificial Lawyer the real battle has only just started, and that battle is to truly take on the likes of LexisNexis’ and Thomson Reuters’ legal tech offerings. Probably the closest contender remains Wolters Kluwer, but a string of strategic M&A deals between a group of leading point solutions, legal data providers and some platform/workflow solutions could rapidly build up more serious contenders. What the Hg fund is trying to achieve with Litera is interesting, for example.

As can be seen from the selected deals above, although we are seeing a fair amount of money still going into narrow legal tech products, there is a demand for ‘infrastructure’ and workflow companies, as well as ones that will help to reinforce a platform offering. We’ve also seen a push to acquire NewLaw businesses such as Lexvoco and Thomson Reuters’ LMS group.

This suggests a growing trend toward selling large corporates and financial institutions large-scale solutions, as well as more efficient legal labour in repackaged offerings that go beyond traditional LPOs.

The legal tech and NewLaw (LTN) market is in great health and attracting the attention of numerous players. For now, and even after so many M&A deals the legal tech sector remains chock-full with point solutions, rival platforms, legal data companies operating on their own terms, and also still sees a constant surge of new startups.

The constituent parts of several companies that if combined could be the size of the legal tech offerings of Thomson Reuters and LexisNexis are there in the market for the taking. All it needs is someone with the money, vision and team behind them to create more businesses of this scale.

That said, there is plenty of money to be made without going down that route. Building a powerful point solution, e.g. an AI doc review system, then building multiple relationships with corporate partners across the world could also deliver significant growth and allow a company to remain independent and largely in the hands of its original founders.

Therefore, beyond the platformers busily building their mini-Death Stars to compete with the Big Two, there are other growth strategies available that signal the future will not be all about consolidation. At least for now. 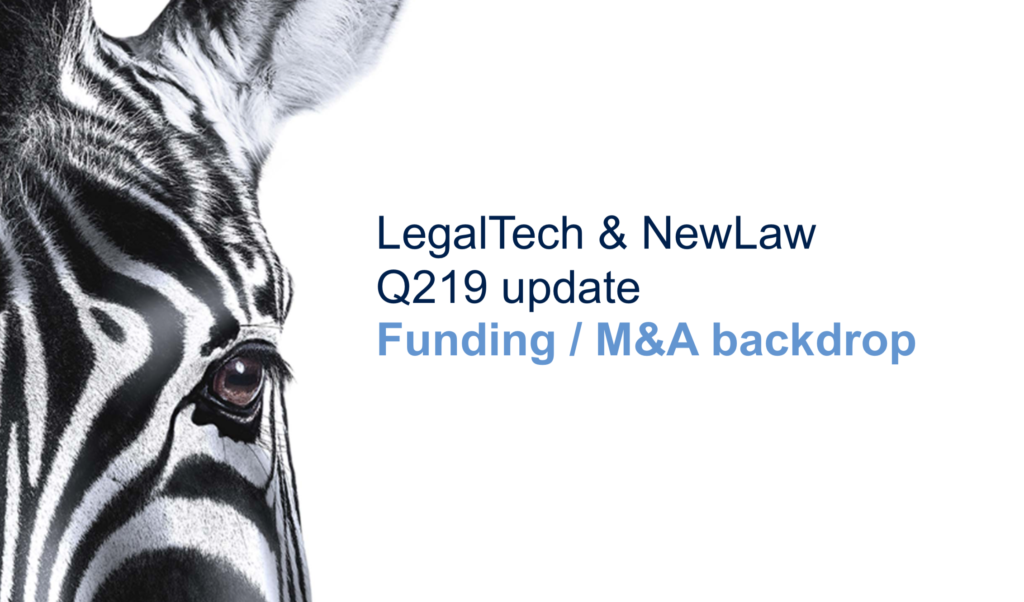