James Quinn knows a thing or two about innovation.

Together with his brother Kevin, he has built their document automation platform Clarilis into a business servicing some of the UK’s top law firms and in-house legal departments, and which last year bagged a cool $4 million in investment.

The Leamington Spa-based company traces its roots to the early days of doc automation, when James and Kevin, who is current CTO, operated out of an office in central Birmingham.

‘We first set up a law firm and the intention was to license automation technology, and it was actually through the process of trying to license that technology that we realised it was not solving the problems that were out there,’ Quinn (pictured above) explains.

‘So it wasn’t an intentional thing, such as ‘we are going to start a legal tech company, what should we do?’ It was a case of ‘we need a document automation solution. Let’s go and talk to lots of people who’ve got one, and let’s go and try and license one.’

‘And we just couldn’t find anything that would be a sustainable approach for us. That led to us developing Clarilis. You start off as a user then you realise you are not being catered for, then you create your own solution.’

At the same time the brothers saw that the potential of this type of automation technology was not being fully realised in many legal businesses.

‘For a time we were saying it just doesn’t make sense [that] there’s all this opportunity out there in document automation, and yet if you asked your average law firm how much they were using it then it was an extremely small percentage of possible use. So that was a moment for us to say there is something we could fix by developing our own system,’ Quinn says.

‘You start off as a user then you realise you are not being catered for, then you create your own solution.’

Just what is innovation?

For Quinn, innovation has got to be something ‘new being introduced, something original’.

‘Ideally, it’s got to be a meaningful development. It could be a leap forward in the state of the art,’ he says.

He explains that innovation could be a new category of legal tech, or it could just be a new application or iteration of the existing technology – anything which makes it easier, better, makes people happier or more productive.

‘From a Clarilis perspective we are focused on measuring innovation success rather than just innovation in isolation. We measure it by adoption and feedback and results rather than just saying we are innovating by adding some new functionalities to a particular area of our system. It’s all driven by client requirements and results, rather than ‘hey, we’ve launched something new,’’ he explains.

‘A good example of recent innovation at Clarilis is the work we are undertaking to automate legal opinions in collaboration with our clients,’ Quinn says.

‘We are really digging into risk mitigation, user guidance and process, as opposed to simply saving time in the drafting process. The result is that the overall process and quality of the opinions is improved, rather than just automated.’ 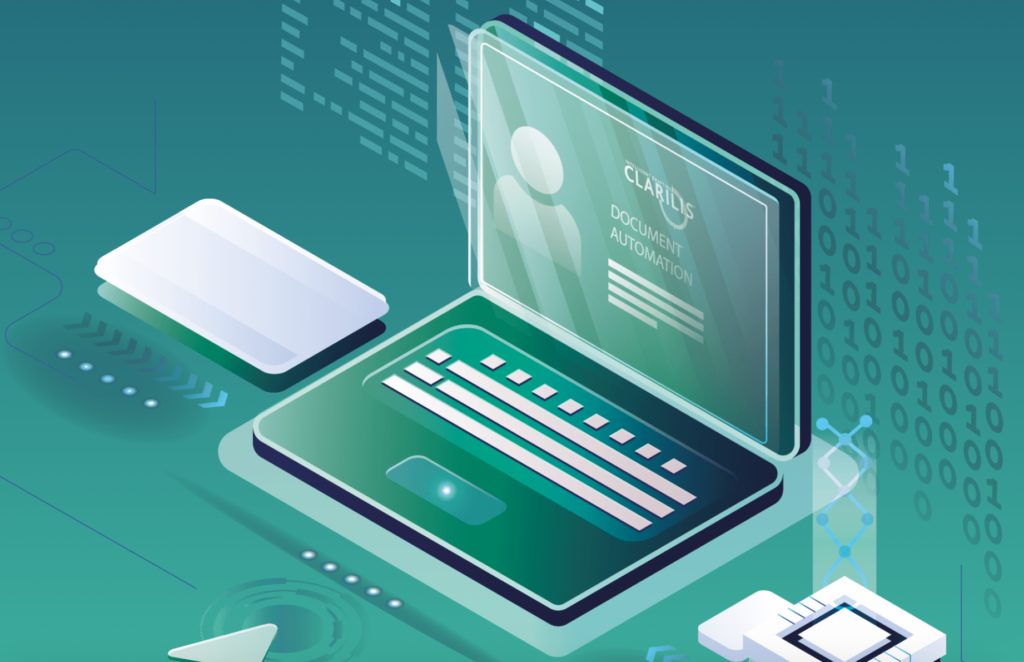 Of course, taking the step of trying to innovate, or to build your own company to deliver innovative ideas, is not always easy. Quinn believes that the challenge is in how long one waits in order for the innovative step to bear fruit commercially.

‘The risk comes at the stage where if you don’t have an initial success, it’s how long you sustain that path before you revert either back to a law firm or do a different business.’

And regarding sustaining innovation, he warns that innovating in isolation can be a ‘very dangerous thing.’ He recommends law firm incubators are a really good way to test ideas.

His firm has been a member of Slaughter and May’s incubator, Collaborate, which he found to be a ‘really great sounding board for future innovation.’

Clarilis is also partnering with them to ensure it delivers what they want, he said, adding that it has also partnered with UK law firm TLT.

‘If we just go away and innovate in our own way without continually consulting then we are eventually going to go off on the wrong path. So, going back to your clients and testing ideas pre-launch is really important.’

What’s on the innovation horizon?

Quinn notes that on their own law firms are coming up with new approaches to the way things are done.

‘Firms like TLT [are] actually specifically choosing a panel of technologies that they are recommending to clients. They go out and do the due diligence on technologies, choose one in a category and then have that as their chosen provider along with other chosen technologies, so that they can just go to clients with a pre-selected solution. It is a big change. We have not seen that before,’ he says.

He is also interested in practical applications of smart contracts, which he believes are a ‘really interesting space’.

‘Where that starts to get commercialised is going to be really great. Blockchain is super-interesting, but in our space much further away from commercialisation. In terms of the articles I read with most interest it’s going to be the smart contracts and blockchain.

‘Those kind of things are always really top of my list for reading because there’s going to be some big moves in that space shortly.’

As to the future, Quinn notes that vendors need to keep innovating or their revenue could decrease in the medium term.

‘If you are not investing significantly in your development resource then, in our view, you will fall behind. Certainly it’s our biggest spend by far, our ongoing development of a product. I just see that as necessary.’

Clearly their innovation journey is set to continue for a long time to come.

Clarilis CEO James Quinn will be one the key speakers at Artificial Lawyer’s Legal Innovators conference on 11 October 2019. If you’d like to come along to hear more, check out the link below.