It’s been a while since North Londoner and Stanford University student, Joshua Browder, became famous for his pioneering use of a chat bot to create a legal solution for disputed parking tickets.

Over the last two and a half years DoNotPay has captured people’s imaginations and become synonymous with DIY legal tech innovation that can make a big impact. It’s also inspired many other people to have a go at access to justice hackathons and to develop their own legal bots.

In March this year, Browder expanded the bot to help refugees. There have also been additions to help people with issues related to housing and the mis-selling of financial products (which has been a big issue in the UK for some time).

This month, Browder placed a request on social media for a part-time ‘Legal Automation Engineer’. It seemed like something was in the works and a new chapter to DoNotPay was about to begin, so Artificial Lawyer reached out to find out more.

And as you’ll read, DoNotPay is set to expand significantly this summer.

The interview below was conducted entirely via Twitter Direct Messaging between @artificiallawya and @jbrowder1.

Artificial Lawyer (AL) – You’re hiring part time staff now. This seems to mark a new stage of growth. What is the plan?

Joshua Browder (JB) – Yes, it’s exciting to finally be expanding the team. One of the biggest problems I have had in the past was discoverability between bots. DoNotPay now works in a dozen legal areas, but it’s difficult for people to know how it can help when a new bot is released.

Instead of releasing bots one by one, therefore, I am planning on releasing hundreds of bots at once over the summer. There will be a completely redesigned interface where a consumer will just have to describe their legal issue and (hopefully), because it will work in hundreds of areas, DoNotPay can help in some way

JB: Absolutely. For better or for worse, I think it’s a brand people know. It has gone from DoNotPay ‘Parking Tickets’ to DoNotPay ‘Lawyers’!

AL: Ha-ha! In terms of the tech, how is your Natural Language Processing (NLP) capability developing? 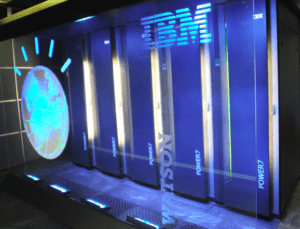 JB: DoNotPay originally used our own NLP algorithms and it was tough. I don’t have a PhD in machine learning and the accuracy rate was relatively low. About a year ago, we switched to IBM Watson and have been building on that. Our partnership with IBM allows the classification challenge to be handled externally so that the focus can be on helping people with their legal issues

AL: Interesting, I didn’t know you were using Watson. Going back to the legal sector, what are the main ‘practice areas’ you’d like DoNotPay to focus on?

JB: There are two main categories that I think DoNotPay will successfully go after in the short term. The first is every area of the law where the issue causes a problem, but it’s not important enough to hire a lawyer over; for example, fighting a retailer for a faulty good or ensuring your landlord keeps your apartment warm in the Winter.

The second is where lawyers are exploiting people. I don’t think it should cost hundreds of pounds to have someone copy and paste a few documents, but that’s unfortunately what lawyers are doing. The PPI companies (Editor: which help people claim money for mis-sold financial products) are a great example. Why should they charge 50% of what you get for filing a simple claim document?

AL: Great approach. And, the refugee DoNotPay support stream, how has that gone?

JB: When I release a new product for DoNotPay, I expect the intended audience to use it. However, I am always surprised by how many people just want to ‘try out’ the chat bot lawyer. In the case of the refugee application, so many people tried it that it overloaded the connection between my server and Facebook.

I now realise that the best approach for releasing social good chat bots, such as my refugee and homeless applications, is to have charity partners actually introduce the technology to the people who need it, rather than a public launch.

AL: Good point. I guess sometimes 1,000s of people ‘jumping on’ at the same time to ‘have a look’ can be an issue.

JB: Exactly, because you could have the most useful technology in the world, but if the right people aren’t using it, then it doesn’t matter. With refugees moving forward, I am working with human rights organisations akin to my partnership with Centrepoint for homelessness.

AL: Great. Naturally, you are not charging refugees, but do you see DoNotPay having some commercial income in the future from the more consumer support help you are giving/may give in the future?

JB: I will never charge anyone to use DoNotPay and that has been my promise from the beginning. I think that for it to work and for people to love the product it has to be free.

Nobody wants to pay £30 to get out of an unfair fine! With that said, I wouldn’t be against finding a way to make it commercially sustainable in the future through other methods.

AL: Cool. Sounds like partnering with other legal services perhaps may be useful…?

JB: Yes, exactly. I think there’s a way to do it so it doesn’t hinder the product 🙂

AL: Last question. You’ve been on an amazing journey. What are the strongest insights you’ve gained?

JB: That legal technology is unfortunately behind other industries (like fintech) by a long way, but it’s an amazing community of people and I think it will catch up.

The initial pioneers of the industry (I won’t mention any names) I think are feeling very vulnerable with emerging technologies like bots and blockchain. They are ‘first gen AI companies’ and often they can’t pivot for technical/business model reasons, so are being left behind by newer startups. I think it’s therefore a relatively small group of people with some of the older players a bit intimidated.

Finally, the legal industry has way too many conferences!

AL: Ha ha! Excellent. Thanks very much for sparing the time for the interview.

The full job ad is here, though something tells me Browder is not going to have to wait long before he finds someone who wants to help out in this paid role.

‘According to the American Bar Association, over 80% of those who need legal help can’t afford it. DoNotPay, the world’s first robot lawyer, gives users free legal aid through conversational products. From helping successfully appeal 290,000 parking tickets to allowing the homeless to claim government housing, we aim to level the playing field so that any citizen can have the same legal powers as the richest in society.

DoNotPay currently operates in a dozen areas of the law. We are hiring a Legal Automation Engineer to use our internal tools (no programming required) to help scale to thousands of areas worldwide. You will create new bots and design products that previously only existed in science-fiction.

Please email Support@DoNotPay.co.uk with ‘Legal Automation Engineer’ in the subject line to discuss the role.