In a surprise move, Joshua Browder, the founder of legal bot DoNotPay, has announced this Friday (14 July) that anyone who can send in a detailed plan for a Q&A legal bot designed to fill in a form or legal document, will have their bot built for them by his automated system.

Browder, who only this week rolled out the DoNotPay bot across the whole of the US and UK, with dozens of new practice streams to help those without access to a lawyer, said in a blog post that he sees this as part of the solution to ‘fixing the legal industry’. 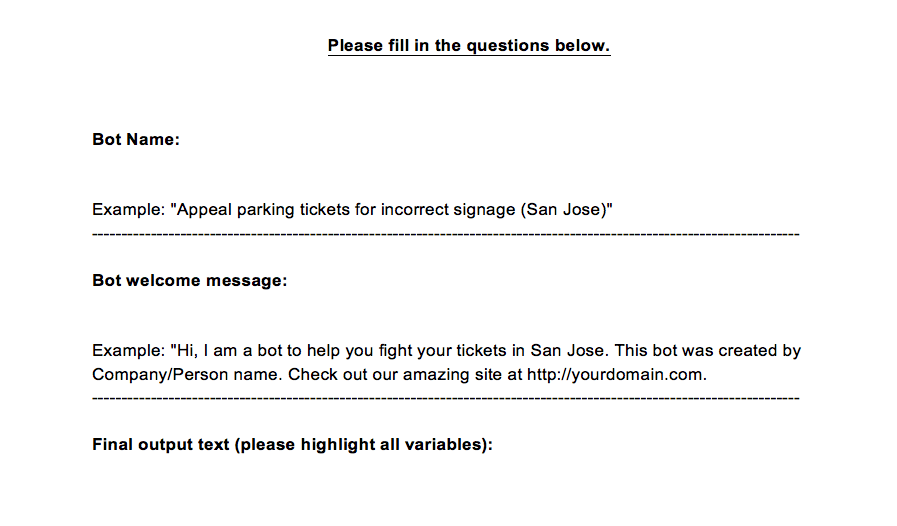 The type of legal bot application that Browder is offering to help make for free is similar to the original DoNotPay parking ticket appeal letter writing system he created two years ago.

For non-bot experts, this is basically a system where a user gives the bot key information via an automated Q&A sequence that allows the bot to fill in a form. The form, for example, a parking fine appeal letter, can then be sent to the appropriate authorities. However it could be used in a wide variety of ways.

In short, any legal scenario where a letter or other formal communication needs to be created to engage in a legal process could in theory be created this way.

The idea here is that members of the public, lawyers, charities and anyone else, can now have a go at designing a similar type of legal bot either as an experiment to test the concept, or for a real use case to be used by the public/clients. However, there is a time limit of sorts, with 24 July as the deadline for the free automation offer if you want it completed within 24 hours of applying. The key Q&A data, such as variables, also needs to be carefully filled in, otherwise it may not work as the system is automated.

The form can be accessed: here. Complete and send it to automation@donotpay.co.uk, or please return to the original blog post and go from there. 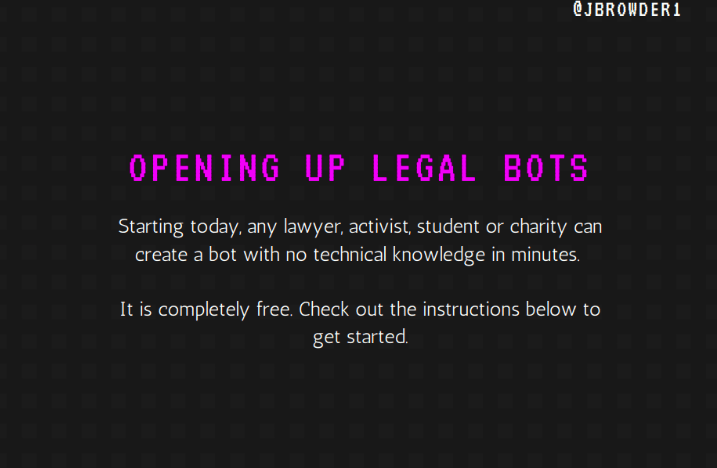 Although clearly far easier than having to program a bot oneself, people should think very carefully about how they want their bot to work and what you want it to achieve. Helpfully, Browder has provided a model of the old traffic fine appeal bot to act as a guide.

Explaining the logic behind the act to open up bot creation to a wider audience, Browder said: ‘On Wednesday, we were excited to launch [a legal bot system] for 1,000 areas of the law. Lawyers, activists, charities and students reached out with expansion ideas, but it would be impossible to follow up on every single one.’

‘We realised no great work is done alone. Starting today, DoNotPay is opening up so that anyone can create legal bots for free (with no technical knowledge). We are starting with the lowest hanging fruit: automating documents where all you have to change are the text variables.’

His blog adds that you will be allowed to advertise your organisation via the bot that is created. You will own the rights to the document, states the blog, although you give DoNotPay permission to make a bot for you and send the link. The bot page will also be encrypted.