Artificial Lawyer recently caught up with Laura Fauqueur one of Spain’s leading lights for legal innovation, with a passion for access to justice and the new wave of legal tech, including AI.

As well as working for a Spanish-turned-half-Chinese law firm for more than a decade, Yingke Adarve, she has also cofounded the Instituto de Innovación Legal one year ago to promote innovation in the Spanish legal industry and to drive local legal tech entrepreneurship. She also organises the Legal Hackers meetups in Madrid along with other friends. 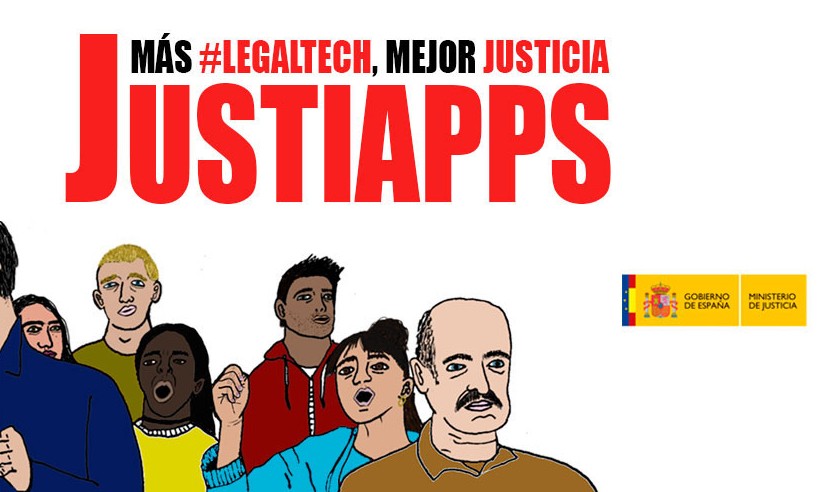 And, if that is not enough, she has launched an A2J campaign in Spain called #HackTheJustice, designed to improve justice through technology. They have also just launched the ideas phase of this project, see here.

Winning ideas will be sent to the hackathon that will take place in November in Spain, where it is hoped natural language processing (NLP) and blockchain tech, among other technologies, will help to solve some of the legal issues raised.

Laura (pictured above right, with co-founder, María J. González-Espejo García) kindly agreed to tell the readers of Artificial Lawyer more about her many legal tech projects in Spain, a market that has shown a growing interest in legal AI and other new tech. (We’re just waiting now for the first Spanish legal AI company to emerge onto the global stage…! Sure it won’t be long.)

– Why did you set up the Instituto de Innovación Legal?

The founders of the Instituto have first-handedly felt the need for transformation and innovation in the legal industry, from different perspectives. Legal professionals of all kinds are desperately in need of technology and innovation – whether they know it or not 😉 – to keep up with the pace of society.

The digital revolution is hitting all industries and obviously the legal industry could not remain oblivious and untouched, both legal professionals and justice users. Justice is running the risk of become unjust if it stays beneath.

Almost two years ago, a first edition of #HackTheJustice was launched by my great partner in crime María Jesús González-Espejo; it was at the time called #Justiapps. She launched it with her own consulting firm called Emprendelaw. At that time, I was already (and still am) involved in another LegalTech project called Legal Hackers, and I decided to participate to the hackathon.

I can proudly say that the amazing international team I was lucky enough to be in was one of the winners. Like ours, other awesome prototypes came out of the hackathon, but unfortunately no team managed to conduct its project until a real company or product came out.

At this time, legaltech was not the buzzword it now is in Spain, on the contrary. The few people interested in it were missing on- and offline resources in Spanish to learn, practice, investigate, invent, network, etc. So we decided to create the Instituto de Innovación Legal as a structure to support legal innovators, and promote & develop legaltech.

The Instituto has taken many steps during its first 15 months (many and varied events, online training, ebooks and articles publications, program #HackTheJustice, strategic partnerships with private and public institutions, etc.), that have intensely contributed to create the “legaltech category”throughout the country. It has been named by the readers of the blog Eventos Jurídicos among the 3 best events and the 3 best organizations for 2016, and by the Spanish National Association for ICT Lawyers (ENATIC) as one of the institutions that have done the most for legal innovation in 2016.

– What is the current state of legal tech in Spain? How much do Spanish firms embrace new legal tech?

LegalTech in Spain is going through an intense and thrilling adoption process. As Jorge Morell said during the International Legal Tech Congress organized in San Sebastian in May, there is still much legal and few tech right now within Spanish legal tech. We are in the phase where law firms finally believe that tech would greatly improve their work and their life in general, but not yet that legaltech will make them work not only more efficiently, but also differently.

Legal professionals now think tech will help them do their job better, but many are still not aware that the legaltech revolution is much bigger and wider than that, and that legal services as they have been conceived (and provided) for so long are being completely transformed. While some are quickly becoming obsolete, many others are on the rise.

However, Spain needs LegalTech tools properly adapted to its jurisdiction, so it implies either locally-developed tech, or foreign tech that has been previously adapted to the country’s specificities, language and of course, legal system. There are not yet many legaltech providers on the Spanish territory, and we actually think that it is a very attractive market for foreign legal techs, who could with these adaptations reach not only Spain, but also Latam countries.

While we eagerly wait for foreign tech to disembark, Spanish IT and legal professionals are getting organized to build their own legal tech tools and companies. However, very few high-tech companies have been created and fully introduced in the Spanish market yet.

We do have online legal services providers, case management programs, case law analysis (starting to use predictive analysis), e-discovery, and so on, but I daresay most of the great projects that will eventually come out are still in the making. We now have tech for legal, legal for tech as well, but still not much new and creative legal-tech focused on Justice-user experience.

At what we could qualify as the early stage of LegalTech in Spain, we at the Instituto de Innovación Legal consider open innovation as a perfect way to convey talent, promote creativity and produce outstanding collaborative projects that, if provided the proper support afterwards, could realistically be set to life.

– Are there any legal tech companies in Spain you’d like to mention?

There are many, so I invited you to browse the directory on our website (…Artificial Lawyer just had a look and there are a lot of them! It’s in Spanish, but clear proof there is plenty of legal tech action in Spain). There are several great made-in-Spain tools, such as the Fusion ecosystem by Thomson Reuters.

– And, last question, you mentioned you’d like to see machine learning and blockchain solutions explored in the #HackTheJustice project, can you say a little more about this?

We are convinced that these technologies would greatly serve some of the ideas that will come out of the competition, especially for some of the listed categories, so we will make sure that some of the participants to the hackathon can use these.

We have the incredible advantage to be broadly supported by the tech community (Everis, ICT Engineers Association, Betabeers community, Hackathon Lovers, universities) who provide us with amazing talents, so we know they will hack some awesome projects in November!

Thanks! Good luck with all your many legal tech endeavours.