LawBot, the legal bot created by a group of Cambridge University law students, is to launch its own digital currency later this year following a global expansion of the platform’s capabilities that will roll out Monday (24th July).

The bot, now rebranded as LawBot X, is rapidly expanding its offering in multiple directions, including actively seeking to engage with the commercial legal market in parallel with its primarily A2J free model. In addition to the planned digital currency (see more below) LawBot is:

The moves come as rival legal bot, DoNotPay, also massively expands its offering, rolling out its legal claim system across multiple areas, from insurance to housing, both in the US and UK. This system is focused on helping members of the public complete narrowly defined legal claim documents that can be sent to the appropriate people/authorities.

DoNotPay is also exploring how it can combine its free platform with revenue-generating partnerships with law firms that may wish to be connected to the platform’s lead generation capability.

Although DoNotPay has been designed to avoid the use of lawyers, the reality is that it is also a great BD tool for lawyers, as it draws to it people looking for legal answers and help. Moreover, in many cases the relatively narrow form filling system will likely escalate to the need for a real lawyer. The same logic would apply to LawBot and its provision of initial information, i.e. it creates a pathway to a real lawyer, rather than replacing them.

The planned launch of a LawBot digital currency this Autumn is however the most radical plan it has yet come up with. If it reaches fruition the ICO of their own crypto/digital currency would be the world’s second ever legal tech company to do this, after smart contract pioneer Agrello conducted a sale of its own tokens this July.

In Agrello’s case, they have so far raised around $15m via a sale of their coin/token called DELTA, which is impressive given that they are still very much at the start of their product roll out.

LawBot says that they want to raise around £5m ($6.5m) in order to fund the growth of the company, but without the need to sell equity shares to external investors who would then ‘have control’ over what LawBot did.

The legaltech company said that it will work in the following way: ‘Law firm A wants to become a member of our network. Instead of paying us a fee, they purchase our cryptocurrency. They then use the cryptocurrency to buy services from us. They can also trade the cryptocurrency freely on the open market with other law firms, investors or people. The exchange rate may change, but the price of our service stays the same.’

Jozef Maruscak, Operations Director of LawBot told Artificial Lawyer: ‘We decided to do the ICO because this is an innovative way to raise funding without having to give away our shares. This is especially crucial given two things:

He added that an ICO effectively allows LawBot to spread investment risk. Instead of a single large investor adopting all the risk, it can be diversified between several parties who don’t need to take the burden of the whole investment.

The company also told Artificial Lawyer that they have not come up with a name yet, though it is humbly suggested that they try something like ‘LawCoin’ or ‘LegalCoin’ in an effort to gain a generic trademark that becomes synonymous with legaltech digital currencies. That may help with broader adoption.

The idea of using an ICO rather than seeking investor funding for a start-up is a radical one that entirely side-steps the decades-old model for tech start-ups pioneered by the VC community in Silicon Valley.

In effect it removes the influence of investment funds from the early stages of start-ups. Even if, though it would be unlikely, a VC fund bought up the majority of a legal tech ICO it would not have any direct control or ownership of the company.

Moreover, because the value of a digital currency, as with all currencies, is based on having a liquid market with multiple parties seeking to exchange that currency, then an ICO works against any one party holding the majority of the currency. In short, start-ups get the cash but retain autonomy.

One could perhaps call this a democratisation of the start-up process, which removes the need to rely on those who have accumulated large stacks of capital, i.e. investment funds. But, on the flipside there are some issues that any start-up with an ICO plan needs to consider. The largest is: what is the incentive for someone to buy the currency?

Bitcoin is a success because it got there first and has become the global standard digital currency. It has also seen a rapid increase in value, though also some massive price crashes. It has a market cap of US$44.9 billion and sees $1.28 billion worth of trades every 24 hours. This is also supported by the coin mining process that encourages people to create new Bitcoins, further strengthening its value.

(Yep, you read that correctly…forty four billion US dollars worth of a currency in circulation that was launched in 2009 and used initially only by tech geeks and adventurers in the dark web. Proof positive that digital currencies are very real and very scalable. It also shows they are now ‘acceptable’ tender for many people and businesses.)

The other big success story is Ethereum with its Ether currency, which has a market cap of around US$20.9 billion.

But then there are the others. There are currently at least 996 other digital currencies in circulation. But, most people will not have heard of them, nor ever will. For example, ever bought something with PizzaCoin? It has a market cap of US$3,981. Or, EuroCoin, which has a market cap of US$88,000 and over the last 12 months has generally seen trading volumes lower than US$250 per day.

Would a currency used by a group of law firms and perhaps some private individuals to buy services from LawBot create a sufficiently large and liquid market for the currency to retain its value, or even see an increase in value over the long term? In fact, how many users does a currency need to retain value? It is estimated that as many as six million people use Bitcoin, hence its great value. Would a currency with, for example, 500 users made mostly from commercial law firms sustain its value?

Another question is, if we are not looking at a large market strategy for an ICO, then how does the currency integrate with the platform? How do you make the new coin of real value to the owners even if it may never be the next Bitcoin?

In Agrello’s case, which is based around using blockchain tech and smart contracts that are in part connected to transactions in DELTA, the currency is broadly integral to the use of the platform.

If a platform is selling a service where one could just send them a cheque in a standard currency and there would be no reduction in the performance of the service, then why use a specific digital currency?  In short, the incentive to use the digital currency is improved when its use is integral to the service.

Moreover, if you put a strict currency gateway on a service, i.e. you can only use it if you purchase with a certain digital currency, isn’t there a risk you drive away potential customers? How many law firms feel up to speed with Bitcoin, let alone feel happy buying and selling services with a new digital currency? This remains to be seen. 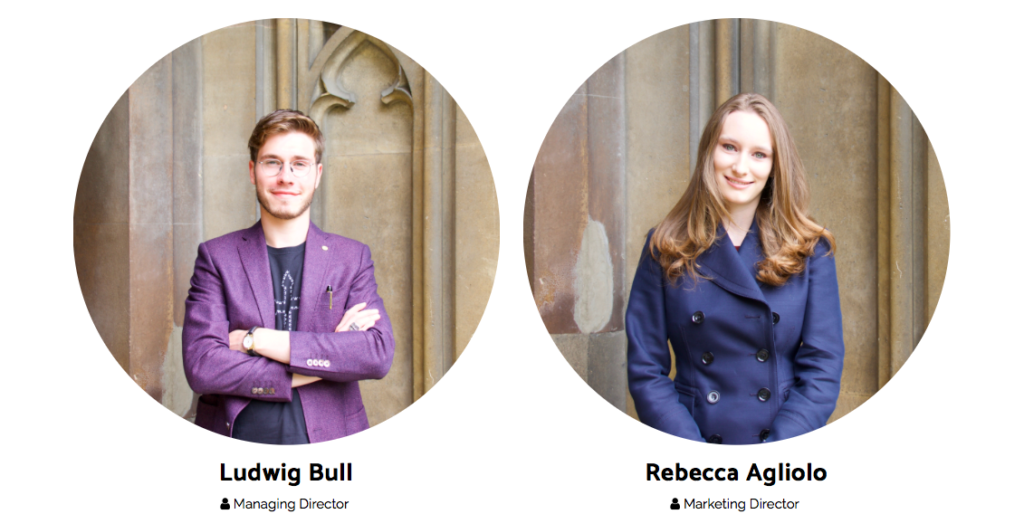 And, one final consideration. There are a lot of ICOs at the moment around the world, across multiple use cases and sectors. There is the possibility that we may be looking at an ICO bubble, inflated by speculators with no long term interest in holding the currencies and, it is reasonable to assume, those seeking to move money by ‘washing’ their ‘hot’ cash through digital currencies.

(After analysing the market trading data for several of the smaller digital currencies, Artificial Lawyer found that some saw an initial spike in price after ICO, followed by a large sell off and then a decline in liquidity and value which did not then recuperate.)

It may not be a coincidence that China is one of the fastest-growing centres for new digital currencies, coin mining and coin exchanges. It is also one of the world’s largest sources of ‘hot money’ outflows due to strict currency controls on the RMB. Consider how many billions have moved out of China to places such as BVI and the Caymans. Using an ICO may prove a lot simpler for those seeking to dodge currency controls than going to offshore locations.

Do legal tech companies want to deal with that risk? Agrello has put in place fairly strict KYC (Know Your Customer) demands on their coin buyers to prove their identity. But, even these are not hard to get around if you have a bona fide third party acting as a buyer. In short, easy money often carries hidden risks that need to be managed.

Overall, ICOs are very exciting and could empower start-ups to get going without the painful process of continually proving their commercial value to investors. That said, proving one’s commercial value to investors is precisely what allows a healthy company to stay ‘real’ and grounded. I.e. if you don’t have sufficient revenue flow or any ability to guarantee future returns there may be a good reason for not investing, such as the business model is not actually viable.

Time will tell. That said, there are plenty of very large tech companies out there that effectively run at a loss with the promise of future riches for investors. So, an ICO for a very small company that does not have sufficient revenue to justify VC funding is not that strange in comparison.

The question now is will anyone want to buy those ‘LawCoins’ beyond a small number of firms? Can it become a sustainable currency in the wider legal world? The US$800 billion legal market is certainly large enough to sustain its own digital currency…or maybe two or three different legal currencies.….but will it be LawBot or someone else that succeeds here?

Whatever happens next, the world of legaltech is evolving rapidly before everyone’s eyes. Legal AI is going to be a big part of this future for sure, so too legal bots, how far legal tech currencies will be part of this future we cannot yet know. But, it looks like we will soon.