Cambridge-based ThoughtRiver, the brainchild of its CEO, Tim Pullan (pictured above), has been working closely with law firms and corporates for some time, including global law firm Eversheds Sutherland and telecoms giant, BT.

Now, with the release of its new V.2 iteration, the company will in effect ‘go to market’ after two and a half years of intensive work and development that has also seen the team grow to 26 and the company gain significant external investment of over $1m in the past few months.

Pullan told Artificial Lawyer: ‘V.2 is just the beginning. It’s one stage in the journey. We are going to keep extending and developing the offering.’

‘We have had lots of interest from US companies, as well as across the Asia-Pacific,’ he added.

He noted that initially the team had expected corporates to be the main users of the system, which allows a lawyer to rapidly analyse a contract for certain types of risk and then automatically receive a detailed report. But, law firms have also shown a keen interest, said Pullan.

Fundamentally what ThoughtRiver does is provide a triage service to lawyers, whether in a firm or inhouse, not just by offering a clause by clause extraction service, but by providing a broad and ‘contextual analysis’ of the whole contract and the potential risks it may contain.

Risks are highlighted and the contract is given a rating via the platform’s dashboard. The new version also provides an improved reporting feature that makes it easier to digest summaries of risk issues that may be contained in a number of contracts. 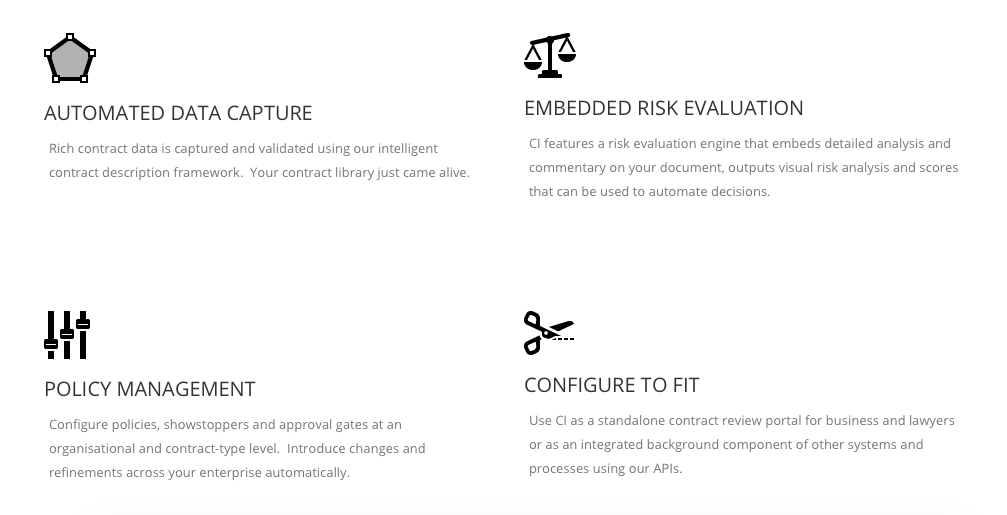 Pullan added that ThoughtRiver could do the large-scale clause extraction of other legal AI doc review companies, for example for due diligence, but his application is trying do to something more, by replicating and automating the outputs from a human contract triage process. One could say ThoughtRiver is adding a rules-based approach on top of the data-led analysis.

The company has had input from some of the best natural language processing (NLP) experts in the country, including Professor Ted Briscoe, Professor of Computational Linguistics at Cambridge University.

‘This is an alternative to human lawyer legal risk assessment, which all contracts go through. We can provide a risk review relative to a company’s contract playbook. This also helps to automate decision-making in terms of which contracts need to be looked at by lawyers in more detail,’ he explained.

Pullan noted that because some contracts can be more than 200 pages long and that companies may seek to review batches of 20 or more at a time, this is a major task for human reviewers that can take around 35 hours per contract. In this case, 20 major contracts would take 700 hours’ worth of work.

ThoughtRiver will review, analyse and provide a report on a sample of this scale in around 15 minutes. Moreover, because of machine learning, the speed and accuracy of the review will steadily improve.

Pullan concluded by saying that the system can be trained to work on any type of document, from sales contracts to franchise agreements.

If you would like to learn more about ThoughtRiver, please see the two videos below: