New smart contract company, Confideal, is to offer users of its Ethereum-based, self-executing deal platform a dispute arbitration service staffed by lawyers, as it prepares for its November Initial Coin Offering (ICO).

Confideal, which is based in Ireland but headed largely by a Russian team of blockchain experts, is seeking to create a platform that will attract individuals, SMEs and large corporates to conduct international deals using its self-executing smart contract system, but with the reassurance that any disputes will be properly dealt with by trained lawyers.

There are now a growing number of smart contract platforms that are hoping to capture part of the $20 trillion global transactional deal market, though not all are focused on issues such as what happens if a deal goes sour. As with other smart contract systems aimed at the wider market, they are also promising that users will not need to know how to code to create one of the self-executing agreements. 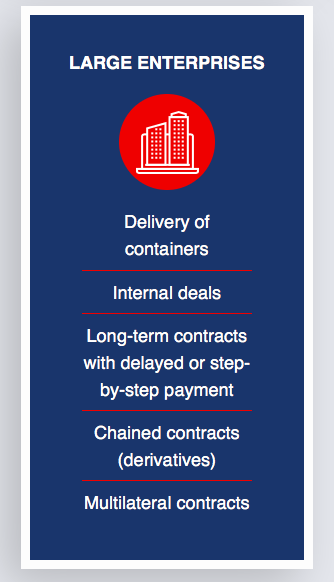 Confideal is also a little different in that they do not yet appear to be offering contract templates to users, as many smart contract start-ups do, instead the value proposition is in providing a platform that can provide escrow and dispute resolution services.

While the escrow service will operate via the Ethereum blockchain, i.e. funds will be sent to the blockchain, then released when conditions are met by the mutually agreed smart contract and is in effect ‘lawyer-free’, when it comes to disputes Confideal will offer users a panel of lawyers to handle either a formal arbitration, or a mediation.

One additional feature is that users can then give feedback on the lawyers, which is recorded and provides a rating that impacts where they feature in the list of available arbitrators. In turn, for their work arbitrators can receive up to 10% of the value of the disputed contract.

The Confideal team say in their White Paper that: ‘To ensure a high level of arbitrage services, the Confideal platform has a rating for Arbitrators. It allows Arbitrators, [who perform well], to occupy higher places in the list of all Arbitrators, and, thus, receive more appeals from users.’

The value of the company’s token, ‘CDL’, will be 1,000 CDL to 1 ETH, with the current price (23 Oct) of ETH at $290, with a goal of offering 100m CDL tokens. Or, in other words, if the ICO goes well the team behind Confideal will have raised around $29m in funds. This is not bad for a company with no income yet. Welcome to the world of ICOs. 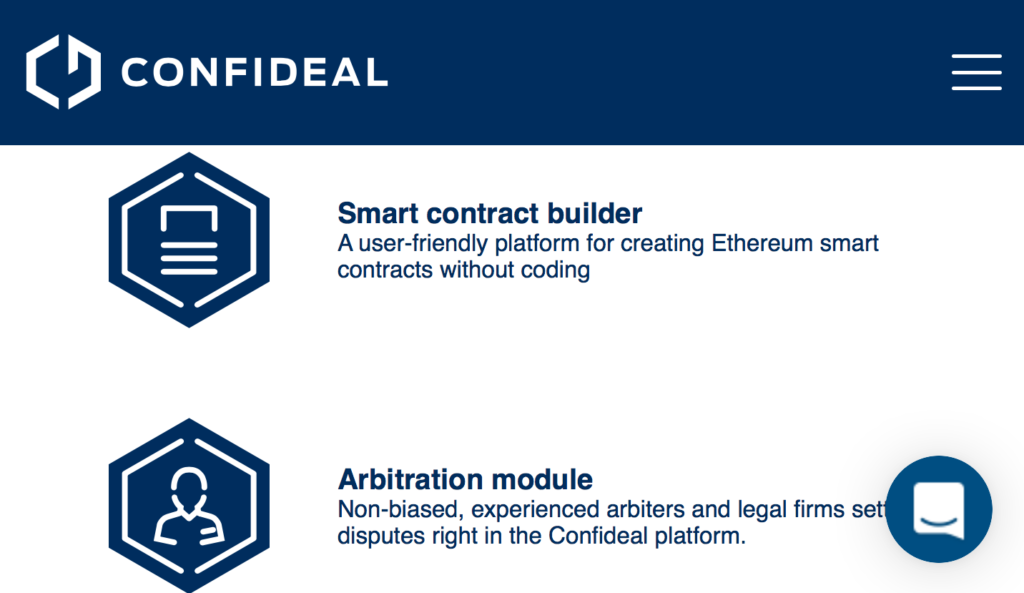 Putting money aside, what makes this platform interesting is that unlike other blockchain projects that seek to enter the legal world of contracting, they have not sought to be ‘lawyerless’, but rather have tried to integrate lawyers into the platform.

For example, rather than being fixed on pre-made templates they seem to have a more open format for contract construction, i.e. allowing lawyers to add some value there. And, as noted, they have also provided for the other main area where lawyers play a role: dispute resolution.

It therefore seems possible that in the future law firms could use platforms such as this one to conduct business for their clients, placing self-executing contracts and escrow funds in the Ethereum blockchain.

Whether Confideal will be the platform that wins out remains to be seen, but if it’s not this one then it may well be others like it that finally win the trust of major commercial law firms and their clients.