The Accord Project consortium of legal tech companies, law firms and standards-setting organisations has released its first working prototype for Ergo, a new domain specific language for smart legal contracts. The software has also been made available to anyone who wants to use it and can be downloaded from Github.

Or, in layman’s terms, Ergo should really help to make smart contracts a workable reality for lawyers by addressing several longstanding issues: from safety issues, to being able to operate on any platform, to truly expressing the legal logic of a ‘normal’ natural language contract, i.e. one written in English, for example. 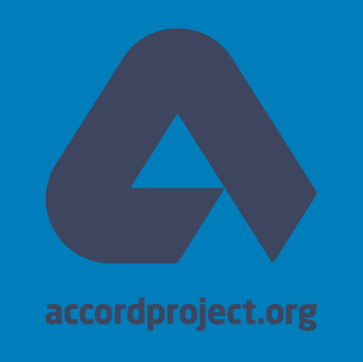 The move follows an earlier release of the Cicero software package for smart contracts, by Clause.io, which has pioneered this field. Clause, based in New York and founded by Peter Hunn, is also a founding member of the Accord Project.

Dan Selman, CTO at Clause, and chair of Accord Project Technology Working Group, said earlier: ‘Ergo will advance the state of the art by offering a blockchain neutral, typesafe, formally verifiable programming language that can be compiled to multiple execution targets.’

Clause’s team has also been key to the development of Ergo, with its development headed by Jerome Simeon, Chief Scientist at Clause and previously of IBM Watson Research.

Artificial Lawyer asked Simeon a little bit more about what Ergo is and what it does.

– What is the specific difference between Ergo and Cicero?

Cicero is the templating structure that comprises a smart legal contract – natural language, a model, and executable logic. Ergo is a way of expressing the latter.

You can use other languages, but the beauty of Ergo is that it natively uses the same model as the natural language legal prose.

– Why does Ergo matter and how will it help lawyers to make use of smart contracts?

Ergo is designed from the ground up to integrate seamlessly with legal contract templates. One of the main differences with other smart contract languages is that it focuses on expressing legal contract logic rather than low-level programming.

In other words, it features programming constructs specifically designed for legal contracts (e.g. how to declare preconditions to the execution of a specific clause, how to declare contract obligations, how to manipulate the state of the contract).

Ergo has also been designed for ensuring the safety of your legal contract using formal verification. That means you have assurances that the contract will perform as intended. Also, writing in Ergo means the contract is not tied to a specific blockchain/distributed ledger technology (DLT).

In fact, the contract can be executed on any platform: a DLT of your choice, a SaaS (Software as a Service) platform, or even on a mobile!

That means that using Ergo anyone can build a legal contract with ‘smart’ functionality for any platform through a common interface. That is hugely powerful as commercial contracts need certainty and should be portable; they should not be tied to a given platform or form factor.’

The Accord Project is an open source non-profit established by Clause to advance the state-of-the-art of computational and connected smart legal contracts. Its members comprise the largest law firms, academic institutions specialising in blockchain technology and law, and affiliations with the world’s leading standards bodies. Organizations involved include Freshfields, Linklaters, Allen & Overy, K+L Gates, IEEE, R3 and many more.

[ If you are a coder and would like to explore the software, please have a look at the GitHub page, here. For licence info, please see: ‘Accord Project source code files are made available under the Apache License, Version 2.0 (Apache-2.0), located in the LICENSE file. Accord Project documentation files are made available under the Creative Commons Attribution 4.0 International License (CC-BY-4.0), available here.’  ]