Last night leading legal AI company, Seal Software, announced two major developments, first that it had secured $30m of new funding from its long-standing investor, Toba Capital; and also that it had formed a deep partnership with DocuSign that will provide highly integrated products to the market.

Each on their own are big news stories, but coming together this is really a business-changing move for the US-based legal AI pioneer, which launched back in 2010 and has largely been focused on providing its machine learning and NLP review and analysis services to many of the world’s largest corporates.

So, what does this mean? Let’s start off with the money.

As far as direct investments into legal AI companies in the doc review space go, this has to be the largest on record at $30m. To put this in some perspective, Eigen Technologies last week announced a $17.5m investment from Goldman Sachs and Temasek; and at the end of last year, another legal AI peer, Luminance, gained $10m in a Series A round; and in April this year, LawGeex gained $12m in investment.

In short, money is flowing into the legal AI world like never before. Clearly investors believe – as do many in the legal market – that the automation of process work and large scale analysis tasks will eventually become the norm. At $750 billion-plus the global legal market is a massive opportunity that is about 100-years overdue for equally massive change. Now the tech is there to achieve some of the necessary change that earlier waves of industrialisation could not achieve. 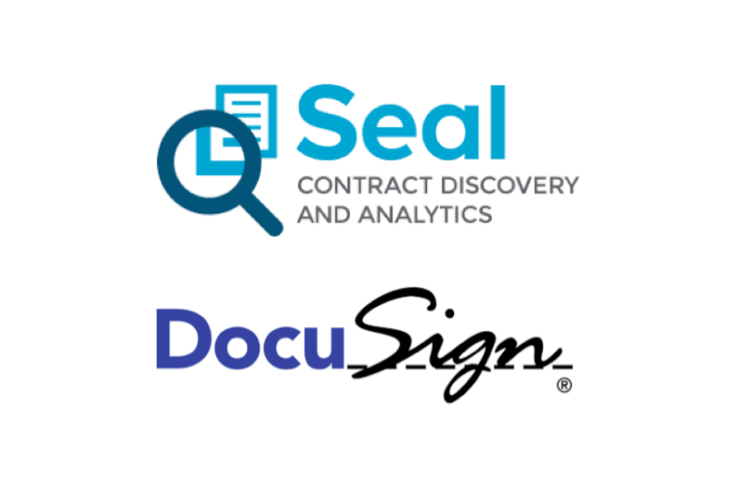 But How Much Will The Money Help?

Seal was well financed from the beginning (see story on the company’s genesis here) and along with Kira Systems and RAVN, (now iManage), is one of a small group of early pioneers in the legal AI field, gaining clients long before the sector became known to the wider market.

In 2014 the company received $4m in funding, also from Toba Capital, and it’s fair to say that the last few years have seen tremendous growth, in part because the market is now just so much more receptive to the idea of using ML/NLP systems to automate review tasks and to leverage their data analysis capabilities to unveil useful business and legal insights in doc stacks. In fact, the company says it saw 85% growth year on year.

Now, with an additional $30m – on top of what is understood to be a very healthy revenue flow from a range of global clients – Seal has a lot of options in terms of growth. And it’s worth remembering, most legal AI companies are not large, ranging from 20 to 100 people in many cases. In Seal’s case it has around 200 staff, with offices in the US, Europe and also one in Egypt. Pump a large amount of capital into a group of this size and it goes a long way.

What Can They Do With This Money?

Does Seal Need This Money?

As mentioned, the potential for legal AI technology is massive. We are still only in the early foothills of where this is heading. Moreover, rival companies are getting invested in and using that capital to try and take market share. And, it’s all moving very quickly. Two years ago Luminance didn’t even exist. One year ago most people had never heard of Eigen. There are now around 20 legal AI companies just doing doc review (and that’s not including eDiscovery companies) all around the world, from Brazil, to India, to London, to Toronto, to San Francisco, to Berlin and to Paris.

In such an environment sitting still is clearly not an option. Moreover, when the market is now so receptive to this technology it would be a missed opportunity not to grow.

Well….let’s quote Seal co-founder and CEO, Ulf Zetterberg: ‘It is our customers that are fueling this growth and our innovation. More use cases for content analytics are regularly emerging, keeping us in the vanguard of the machine learning and NLP market. Some of the largest Fortune 100 companies and many Global 2000 firms benefit every day from the Seal platform, and we are deeply humbled at the confidence shown by Toba Capital in our future.’

DocuSign – What Does That Mean?

Lots of legal AI companies have APIs and integrations with other tech, it’s a necessity. But, this is more than that. They are rolling out an entire suite of capabilities that will be available to DocuSign’s 400,000 customers, as well as Seal’s own and future customers.

Now, if you are going to co-develop NLP/ML products that will reach a big part of the market then you could hook up with a document management company, as RAVN did with iManage, or, as Seal has done, hook up with a company whose tech is already integrated into 100,000s of companies’ contracting processes.

Clearly, in terms of scale this is a massive win for Seal. No doubt DocuSign could have picked from a range of legal AI companies, but it chose Seal and that is something of a coup given its integral place in the digital signature market.

Let’s hear from Zetterberg again: ‘DocuSign’s System of Agreement strategy transforms one of the foundational elements of business – the agreement process – and that aligns with our own vision for the extraction of insights from content using artificial intelligence. This partnership, coupled with our additional funding from Toba, confirms our commitment to a new era of intelligent content analytics (ICA) and expands our reach into the enterprise.’

One: the legal AI sector is booming, gaining scale, winning new buy-in and support from investors, corporates, law firms and other major tech companies, the Seal deal is a case in point.

Two: Seal has stepped up the ‘legal AI arms race’, which was already in full swing, but now has moved up a gear in just a week after the Eigen announcement.

Three: Will this trigger new investments into other legal AI companies? That seems possible, as to stand still now risks getting left behind.

Four: It just shows that there is huge potential growth in the legal AI market, and if so much can happen in just two years imagine where we will be in another two. This is only just beginning.

And finally, congratulations to the Seal team! Well done!