In what Integra Ledger is describing as ‘a watershed moment for the wide-scale use of blockchain technology in the legal industry’, the company has today released updated foundational blockchain software APIs for use by all legal technology companies around the world.

Based on the Hyperledger Fabric 1.1 blockchain specification and fashioned as blockchain infrastructure for the legal industry, the services include: Foreign Key as a Service (FKaaS), Proof of Existence (PoE), and Public Key Registry (PKR).

All can be integrated into existing software to add ‘significant new functionality enabled by blockchain technology’ said the company.

David Fisher, Founder and CEO of Integra Ledger, explains what this all means and what it will do.

This has the triple benefit of preserving existing software investments and not requiring users to change software with which they are comfortable, while dramatically accelerating the speed with which blockchain technology can be applied to the existing legal technology ecosystem.

It’s also dramatically less expensive to operate than public blockchains, which is a necessity for enterprises that require predictable and transparent pricing.

What is FKaaS and why might it change everything in the legal industry?

The world runs on databases, either on a business’s premise or in the cloud. All email systems have databases, as do all document management systems, calendaring systems, and billing systems. Every law firm and legal department maintains its own databases to manage all of its digital data. Every entry in the respective databases has a number – a digital ID. In database parlance, this is called a primary key.

Unfortunately, those primary keys are internal to whatever organization maintains the databases. They can even differ between databases within a given organization and all are subject to change by the organization. Two copies of the same document, stored at two different law firms or clients, will have different internal identifiers in their respective databases, even if they are identical in every other respect.

To further complicate matters, documents stored in different document management systems may use entirely different numbering schemes. And finally, users may choose to rename files. The bottom line is that there is no reliable way to confirm that two identical documents, held by two or more organizations, are actually the same document.

Companies are free to continue to use their internal identifiers (primary keys) but can include the Integra blockchain ID when referring to the document with outside parties for use cases such as data exchange, document comparison and document auditing.  The blockchain-based ID system is governed by the legal industry, rather than an individual organization, and as a result it becomes a permanent identifier that can be associated with a document, no matter how many organizations store a copy or the software system in which the document is stored. 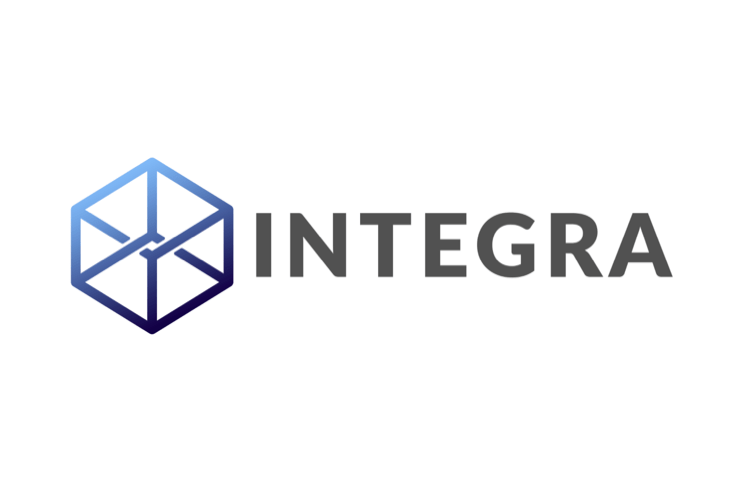 Proof of Existence + FKaaS changes everything

Adding a unique, permanent ID to legal data is essential to creating an interoperable legal technology ecosystem, but an ID alone isn’t enough. Just because a document has a unique, Integra ID doesn’t mean that it can’t be altered purposefully or accidentally, which could create a situation where two documents with the same Integra ID could have different contents. This would eliminate any benefit achieved with a blockchain-based identity system.

The answer is Integra’s second foundational service – Proof of Existence. Using something called a “hashing” function, Integra can create a unique digital fingerprint for the contents of any document, and that fingerprint can be stored with the unique Integra ID. In this way, now identical documents and contracts can be stored in disparate systems, and yet they can be confirmed to be identical without having to share, compare, or email the documents in question.

The consequences of combining FKaaS with PoE means that in the future, any two documents, contracts, data, calendar entries, billing entries, etc. can be confirmed as authentic and identical, across entities and organizational boundaries, without having to actually share the underlying data.

We envision a world where all document management systems, all email systems, all calendaring systems, all billing systems, and even the next generation of artificial intelligence systems operate with near perfect integrity and data reconciliation – automatically – while retaining the broad diversity of applications currently used across the global legal industry.

That is the purpose of the blockchain infrastructure that Integra is creating, and it’s the reason we designed the foundational Integra blockchain services so that they can be integrated into any existing software system.

And the icing on the cake is encryption

The final piece of the puzzle is Integra’s third foundational service – Public Key Registry. Public key Infrastructure is a commonly used mechanism for data encryption, digital signatures, and to verify that data came from a given source. This process involves generating two text strings, a private key that is kept secure by the key owner and a public key that you must share with the world. The public key is often shared on public internet key servers and there is always a risk that a malicious hacker might intercept a user’s lookup of the key value and substitute a fake key, thereby compromising the security and privacy of email and other software.

This has the effect of allowing all users of the Integra Ledger to transfer files and data via email and other software applications, to other users of Integra with automatic and extremely secure encryption. It can also be used to sign documents that are hashed and recorded as part of the PoE service. For legal software companies that take advantage of this foundational service and integrate it into their software, it can significantly improve the secure interoperability of their software with a multitude of different software systems.

No individual law firm, corporation, or software company can solve data security in a comprehensive way, but if a majority of stakeholders were to implement this legal industry governed blockchain Public Key Registry standard, it would give rise to a more secure legal data ecosystem, with stronger data security intrinsic to blockchain-integrated software.

Integra has imagined a future where all legal software works together seamlessly and securely, with near-perfect integrity and data reconciliation. We invite the legal technology innovators of the world in law firms, legal departments, software companies, and universities to join with us in developing and applying this powerful technology. Request free access to the Integra Ledger APIs and foundational blockchain services at www.integraledger.com, and begin integrating blockchain technology into your legal software applications today.

David Fisher is the CEO of Integra, and David Berger is the CTO. Together, they lead a team of over 50 staff members, advisors, and investors around the world who are working to build better legal technology infrastructure for the planet.

Integra is a founder of the Global Legal Blockchain Consortium, the largest blockchain consortium in the world focused on the the application of blockchain technology in the business of law with 125 members from 20 countries, and Integra is also the founder of the Global Legal Hackathon, one of the largest early stage legal innovation events in history with over 5,000 participants earlier this year.