For those living in the ‘Anglo-sphere’ it’s easy to overlook the reality that huge numbers of legal technology users don’t have English as a first language. In fact, language shapes a legal tech ecosystem in ways many people in the US and UK may not spend much time dwelling upon. Let’s take Belgium as a case in point.

Belgium has three official languages, Dutch, French and German. And naturally many business lawyers will speak English as well, if not other languages in addition.

And, law – which is fundamentally a collection of written language – is also shaped by this. For example, the ultimate interpretation of any legal clause written in Dutch, really needs an excellent Dutch speaking lawyer. And any tools that help with this also naturally have to be language specific.

Law is also based around jurisdiction, which often can be synonymous with language use. And so then we have regulation and oversight based on jurisdiction and language. For example, Belgium has multiple Bar organisations.

Regulation rests with the local bar associations in each of its 12  judicial districts – reduced from the previous number of 27 five years ago. The bilingual judicial district of Brussels has two bar associations, one Flemish-speaking and one French-speaking. All of this is for a country of 11.5 million people. In comparison, the city of New York alone has 8.5 million people.

Complicated, huh? OK, so now onto the main point: legal technology. If you operate in such a world then you probably want legal tech tools and KM systems that operate primarily in French and Dutch.

This has in turn led to a local ecosystem of Belgian legal tech companies – which Netherlands-based Wolters Kluwer has been very kind to map and send to Artificial Lawyer.

Check out the graphic (which AL has cut in two to be more readable) below. 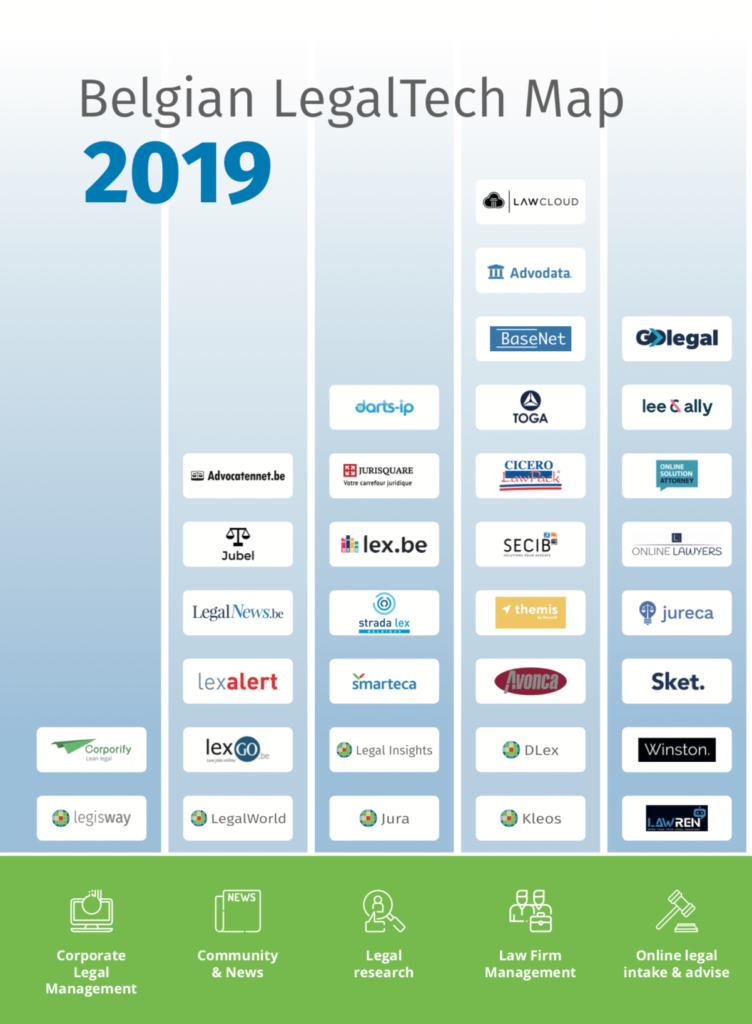 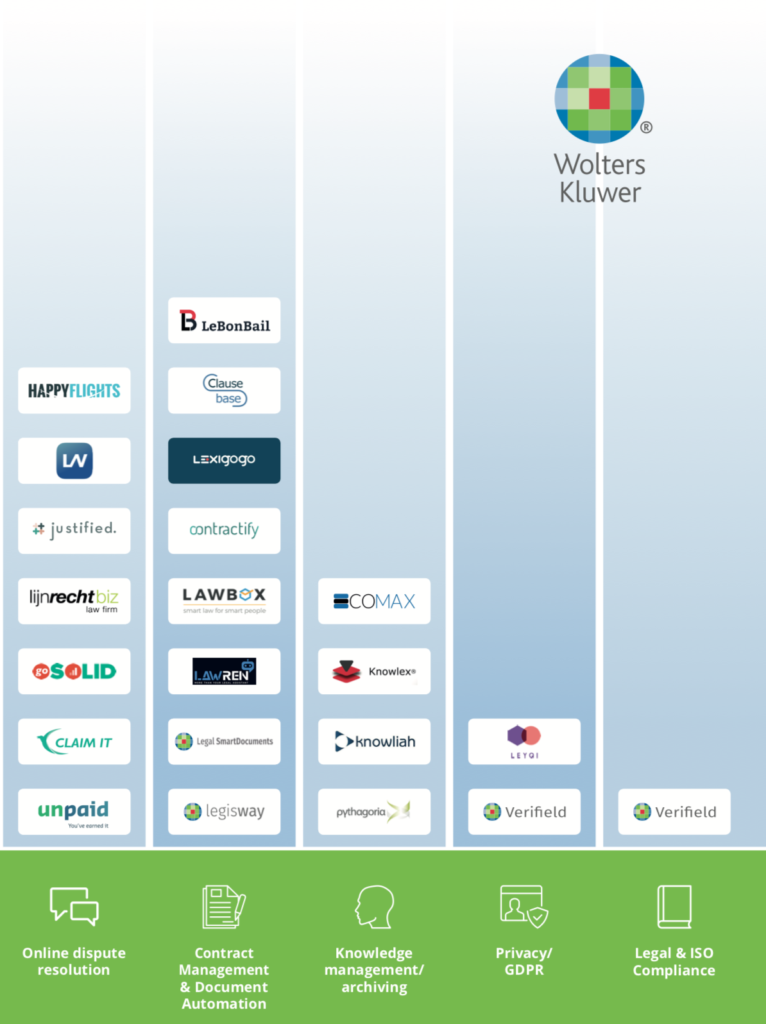 There are over 50 companies listed above, many of which if you are based in the UK or US you will probably have never heard of. Around 10 of these 50 are part of the Wolters Kluwer stable, which makes sense as the company is based in the Netherlands and has a very strong Dutch-speaking legal group.

So, what of the companies listed? Several things stand out:

So, what does all of this show? It shows that many of us in the English-speaking world may be surprised by the rich and complex legal tech ecosystems that exist around the world. Belgium is just one of many dozens of similar ecosystems. Go to Brazil and you will see the same thing. So too in China. So too in Japan. And every other part of the planet to a greater or lesser degree.

It also suggests that legal tech is truly universal. Legal markets will develop many of the tools they need if others cannot provide them. It also shows that fundamentally, language shapes legal tech ecosystems.

That’s not to say that Belgian lawyers can’t or don’t use applications initially built in the US, Canada or UK and where the main website and customer support is English-speaking. NLP and ML is language agnostic in as far as anyone with the time to spare can teach an AI system’s algorithms to ‘read’ any text written in any language. And in fact, several of the best known legal AI companies which grew up in the Anglo-sphere have a broad range of international clients.

But, even then we are seeing legal AI companies that are homegrown outside the English-speaking world. And it does make you wonder if there is a home language advantage. After all, if you are, for example, a German legal tech company with your main site in German, your customer support are native German speakers, so too the sales and BD team, so too the lawyers who help train the system inside the company, and so on, then if you are a German lawyer would this not mean a better experience? Quite possibly.

This then raises some interesting challenges for legal tech companies that want to go global. It’s also something that seems very relevant to the UK and EU right now with Brexit looming. The EU is a giant market of 512 million people – yet how many legal tech startups in London are going to try and sell into the rest of Europe? Many instead will focus on the home market, and later try to sell into the US. Why? Because of language.

‘The Belgian legal tech scene has been growing steadily the last couple of years. 2018 was a breakthrough year with different creative events and meet-ups for lawyers and other legal professionals organised by both legal tech companies/start-ups and bar associations.’

He added that: ‘The Global Legal Hackathon, with Wolters Kluwer as global sponsor, works as an excellent accelerator and Belgium is now competing for the first time with multiple teams in a Benelux event in Amsterdam next weekend.’

P.S. if you’d like a copy of the legal tech map you can find it here.