The Global Legal Hackathon 2019 successfully concluded on Sunday and it looks like a great time was had by all, around the world, and in London.

The London stage of the event had over 100 hackathon attendees who came along with 17 different ideas to work on. These were reduced to eight main ideas, with teams working across the weekend to build them up as much as they could and then present their applications to a panel of judges.

A team mainly from Freshfields won the London round with an application called Clausana. The Clausana product is a cloud-based (Azure technology) app to help consumers bring Terms & Conditions into the decision-making process, to help people rate and choose between services such as car rental and other digital services (see interview below).

Teams, LawSum and Lawyer IT, were given equal second place.

The full teams are listed here:

The London event was hosted by Cambridge Strategy Group, Agile Elephant and Wavelength Law, with the venue kindly provided by University of Westminster Law School. It was also sponsored by Baker McKenzie, BCLP, Leyton, and White & Case. And London was especially lucky as the person behind all of this global hacking, David Fisher, founder of Integra Ledger, flew in after a mammoth trip from America to Holland and then onto the UK.

Hosts Robert Millard (Cambridge Strategy) and David Terrar (Agile Elephant) told Artificial Lawyer: ‘The team size ranged from the maximum of 10 down to a team that was eventually left with one.’

‘We had a more diverse group than last year, with more women and women-led teams. We also had a good selection of mentors, lawyers, technologies and academics, that were heavily used by the teams to test, focus and crystallise the solutions.’

And this was good to see, as the GLH had also launched GROWL – the women leaders in legal tech initiative – as part of the event.

‘There was a really positive vibe, hard work and long hours, and the eight teams all presented great solutions – the judges had a very difficult job picking a winner!’ added Terrar.

While Millard commented: ‘The range and practical utility of the solutions developed demonstrates how quickly legal tech is evolving into something that is ubiquitous, not only in law firms but in everyday life.’

‘Across the hackers, mentors and other helpers we had people from Baker McKenzie, BCLP, Clifford Chance, CMS, Freshfields, Herbert Smith Freehills, Leyton, Linklaters, Pinsent Masons, Quinn Emanuel, Weil Gotshal, Addleshaw Goddard, and White & Case. The calibre of law firms involved this year shows how serious the Global Legal Hackathon has become, as a global phenomenon. I can’t wait for GLH2020!’

Artificial Lawyer also caught up with one of the Freshfields team, Shawn Curran, Innovation Consultant, for a quick interview:

– What was the application?

Clausana aggregates terms and conditions to allow consumers to make more informed decisions on products and services. Think price comparison for Terms, where you select your preferences and it compares the “Terms” market to rank companies depending on how much they deviate from the consumers preferences. As large consumer groups with the same preferences form within the app, a “legal influencer” feature would develop where consumers could have a legal representative challenging companies to reconcile unfair terms, and make sure terms and never implied.

I have spent most of my time working in Legal Tech as an engineer. I recently started a law degree and during the contract law course in the first year, learned about Denning’s ‘big red finger’ for onerous and unusual terms, and MacKinnon’s ‘officious bystander’ test for Implied terms.

I could tell the case law examples were written at a time where Digital didn’t exist, and I figured out that, with Digital, it’s much easier to present onerous and unusual terms. I also had the idea that ‘legal influencers’ could act as the officious bystander between the consumer and the companies, to make sure no term is ever implied.

– Will this be used in Freshfields one day?

It’s early days for the idea and we are looking at all opportunities. We see the app having a much wider reach than law firms.

– How was the overall GLH experience?

The Freshfields team couldn’t be more impressed with the event. It was a very unique opportunity to build out an idea over two days, and then in pitching the idea, to get such positive feedback from some of the biggest names in LegalTech at the end. It was a truly fantastic weekend!

And finally, the legal hackers may not have realised it, but they were developing legal tech in the hallowed halls of rock history, as David Terrar has kindly explained in relation to Pink Floyd and Jimi Hendrix.

Roger Waters, Nick Mason and Richard Wright were all architecture students at The Polytechnic (which subsequently became the University of Westminster – the venue for the London event).

They met there in 1963 and formed a band with some others which they called Sigma 6.  The band first rehearsed and played on that very stage in Portland Hall.  Band members and name changes came and went. By 1965 Syd Barrett had joined and they had become the Tea Set.  At some gig that year there was another band with the same name so Syd has to make up a name on the spot and he picked the first names of two blues players he admired Pink Anderson and Floyd Council, becoming the Pink Floyd Sound.  But it all started in Portland Hall.

On 1 October 1966 Cream were playing the Polytechnic on stage at Portland Hall, just a week after manager Chas Chandler brought Jimi Hendrix to the UK to launch his career. Chas talked to Cream apparently saying ‘I’ve got this friend who would love to jam with you.’  They let him on stage and played Howlin’ Wolf’s ‘Killing Floor’, Eric Clapton is quoted as saying:

‘He got up and blew everyone’s mind. I just thought ‘ahh, someone that plays the stuff I love in the flesh, on stage with me. I was actually privileged to be (on stage with him)… it’s something that no one is ever going to beat; that incident, that night, it’s historic in my mind, but only a few people are alive that would remember it.’

And that’s a great coincidence as AL has always said that London today is to legal tech development what London in the 1960s was to rock music, with Jimi Hendrix a case in point, i.e. he didn’t really make it in the US initially, he came over to London and it all came into place within what was then an incredibly vibrant scene, then he went back to America and the rest is history.

Some other pics from Terrar and Millard (thanks guys!) 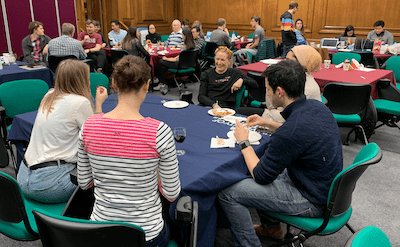 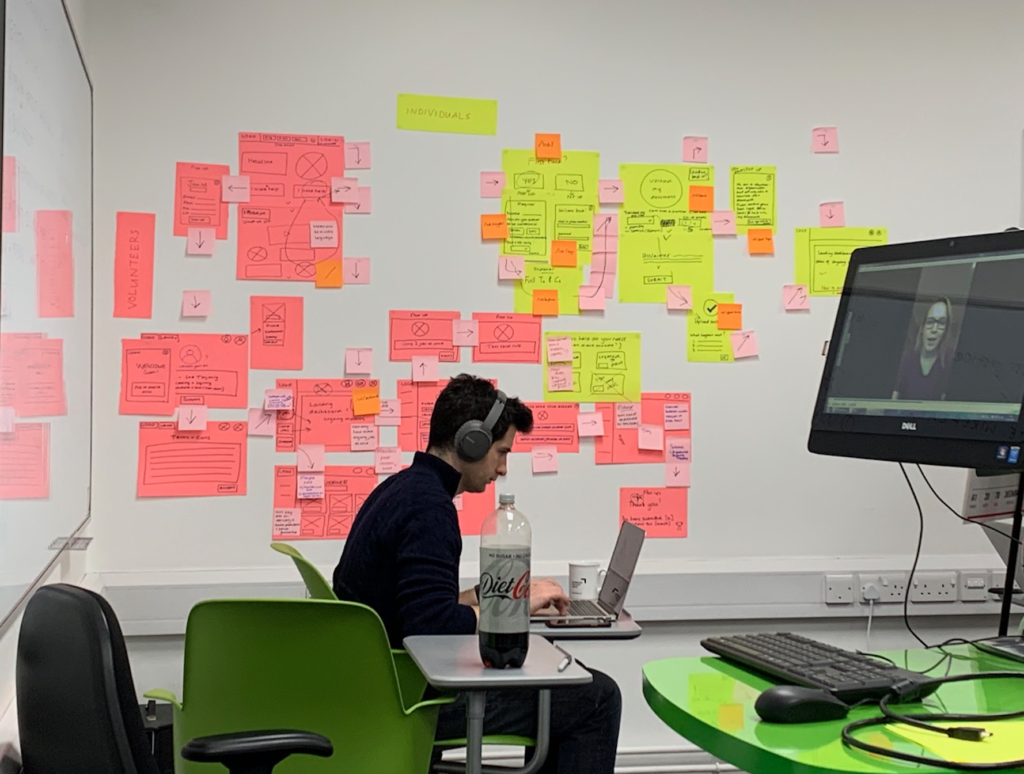