OpenLaw, the smart contract pioneer from New York, has partnered with Thomson Reuters to conduct a proof of concept (POC) that tests how Contract Express and the OpenLaw system can work together to log hashed data points from contracts on the Ethereum blockchain. That in turn has made it possible to begin with a Contract Express document and turn it into a smart contract with digital currency transaction and self-execution elements.

In effect, it means that Thomson Reuters could be offering clients – perhaps at some point in the future – a smart contract capability, via OpenLaw. You could call this ‘Smart Contract Express’.

The move, albeit a POC, indicates a growing level of seriousness with which major legal market players are taking smart contract and blockchain technology.

Aaron Wright, co-founder of OpenLaw and Andy Wishart, Global Head Drafting and Productivity Solutions at Thomson Reuters, explained to Artificial Lawyer that the idea worked on the following basis: you take a contract template from the PLC platform; then this is set up for client use via contract automation platform Contract Express; this is then connected to a similar, but perhaps less detailed, OpenLaw smart contract template, which allows key data points to be hashed on a blockchain.

The end result is a unified Contract Express-to-Ethereum contract data logging process with OpenLaw acting as the smart contract layer in the middle.

Wishart said: ‘This system pulls data through to OpenLaw, and brings two worlds together. At the same time, lawyers will be very familiar with Contract Express.’

He added that they have already automated several hundred PLC contract templates via Contract Express. However, only key parts of these documents would have to be codified via OpenLaw, such as names of parties, dates, and payment terms.

And naturally, the next question is: why?

Wright explained that aside from the more obvious reasons, such as enabling trust and accountability in a complex, low trust environment (e.g. international trade), there was a growing level of interest from large financial services businesses, which are exploring the digital currency sector.

If you are going to transact with digital currencies then in many cases you’ll need a blockchain-connected system to handle them, and then on top of this you need linked contracts to govern the transactions.

It therefore makes sense to team up with Thomson Reuters as they have huge legal domain knowledge via PLC and experience in contract automation.

Below are some screen shots that show: a payment set up to run through Ethereum, connected to Contract Express; an OpenLaw screen shot showing a transaction process; and the identity of a payee using a hashed ID on the blockchain.

Is this a big deal? It’s still in the POC stage, but if big banks such as JP Morgan and Goldman Sachs continue to focus on digital currencies then they will need a legally secure contractual basis with which to transact, that in turn connects to a blockchain for those digital currency transactions.

At the time the company said: ‘With the LAO, experimentation with automated governance and the allocation of funds for profit can begin again, spurring innovation in areas like real time royalty and dividend payments, markets for delegates voting rights, and other synthetic assets involving tokenized stock or utility tokens.’

In July this year it launched what could be seen as a type of ‘DIY investment bank’ that can help you to launch your own legally compliant tokenised financial products operating via the Ethereum blockchain and the tech company’s digital contracts. 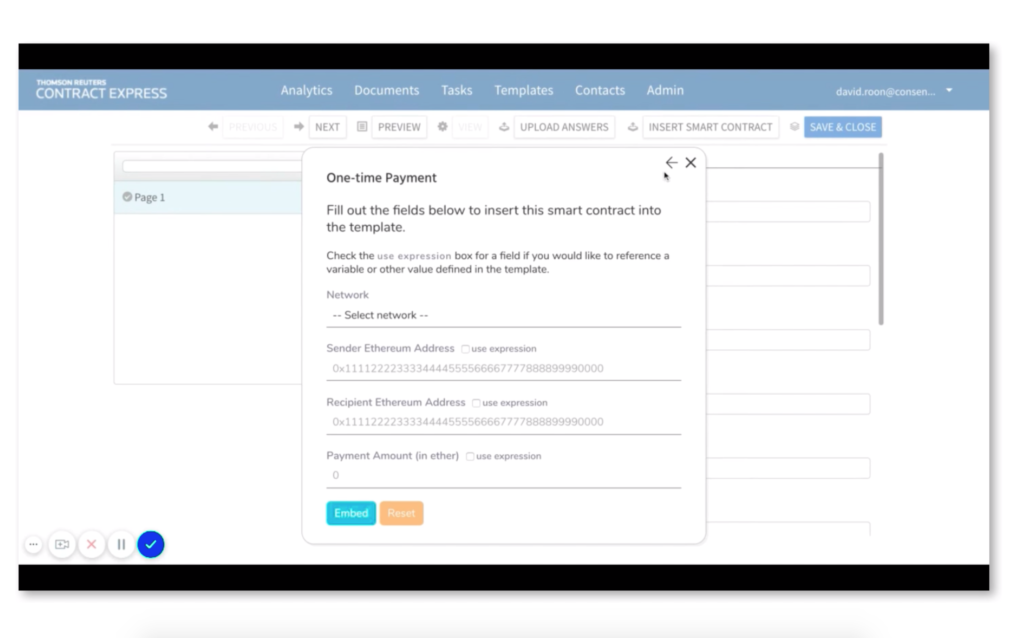 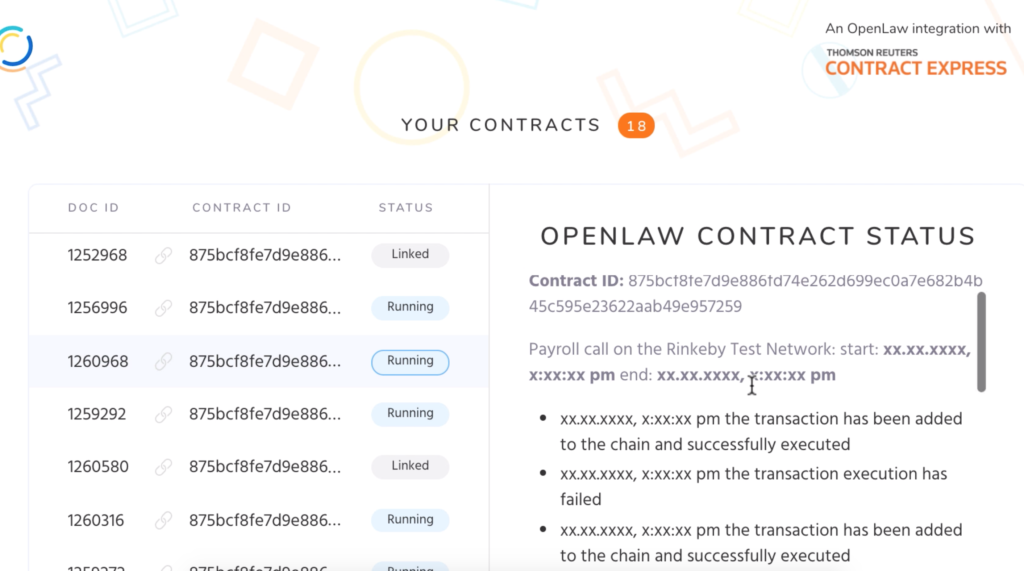 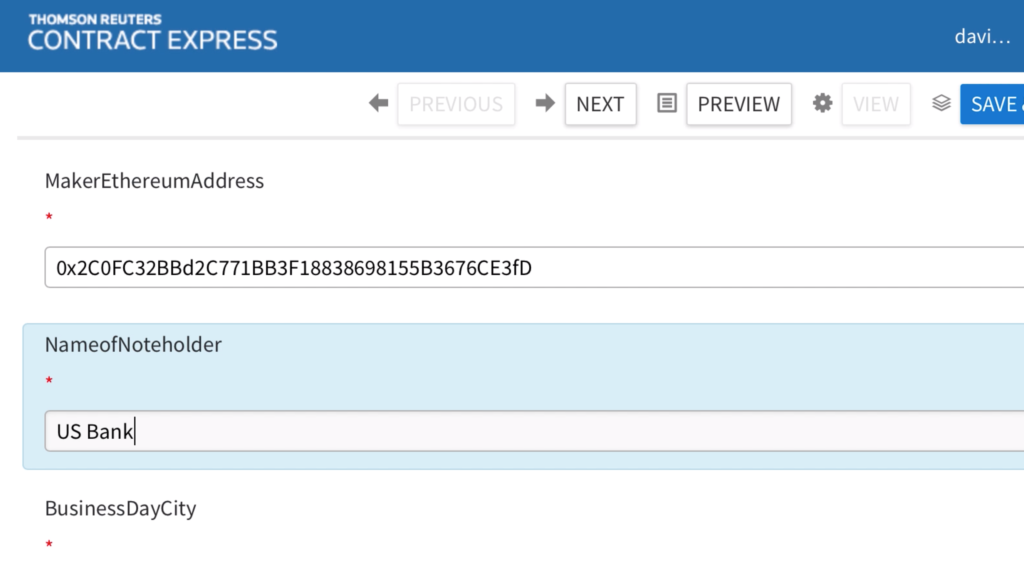