This is a guest by Bond Dickinson partner Nick Barwood and legal director Malcolm Dowden about the use of smart contracts and the firm’s participation in the groundbreaking Accord Project consortium.

The Accord Project has been created to help share ideas and agree on norms for the use of smart contracts in the legal sector (see story here). One of the key drivers behind the initiative has been US-based legal tech company Clause.io. Other members of the consortium include fellow legal tech company Clio, blockchain platform Hyperledger and US tech law firm, Cooley, among others. It’s also worth noting that UK-based Bond Dickinson is to merge with US law firm, Womble Carlyle, to create a new transatlantic firm. Womble has also been a keen early adopter of new legal tech and AI systems.

In this post Nick and Malcolm explore some of the key benefits that smart contracts will bring to the industry.

Contract management systems do not manage contracts. Many provide excellent account management functions, allowing organisations and enterprises to compare supplier performance in relation to prices, deadlines and other metrics. However, they work only by reference to data extracted from contractual documents, and not by reference to the contracts themselves.

Whether that data is extracted manually or through increasingly sophisticated document reading software, the result is a gap between the contract and the data that is actually being used to manage the contractual relationship.

Mostly, that gap has limited practical significance. However, there is a dispute the court must either look to the terms of the actual contract or be persuaded that the parties’ conduct has altered their relationship by waiver, estoppel, acquiescence or variation. When there is a dispute, the contract management gap matters.

For example, real-time delivery data derived from internet-of-things (IoT) connected containers might trigger full payment or payment of a reduced sum if the parties agreed that delay would be compensated by a daily reduction in the price. Dynamic adjustments to the contract, applying agreed criteria, take the place of potentially protracted claims for liquidated damages.

The commercial and efficiency-based benefits of connected contracts are clear. However, their development and adoption depends on the application of key legal concepts, such as valid contract formation, governing law and jurisdiction, interpretation and enforcement. It remains necessary to know where a contract is formed, and what rules will apply to its interpretation and enforcement.

For that reason, the development of connected contracts cannot be approached from a purely technical perspective. In principle, any contract provision can be made “smart”, essentially by being reduced to an “IF/THEN” statement where the input of specified data triggers an agreed result, such as release of a payment.

However, the validity and effect of some agreed results may be open to challenge depending on the law governing a particular contract. For example, in a contract governed by the laws of England and Wales a “liquidated damages” clause will be effective as long as the figures specified as liquidated damages are not “out of all proportion” to the interest that is being protected.

The result is that, in England, the figure you specify is likely to be the figure you get. In other jurisdictions the situation may differ. In India, liquidated damages are rarely used because they run into parts of the Indian Contract Law Act 1872 under which the sum specified for liquidated damages acts as a cap, within which the claimant may recover “reasonable compensation not exceeding the amount so named”. The figure you specify will be the figure you get only if you can prove actual damage. In other jurisdictions, particularly those governed by civil or commercial codes, the courts retain significant jurisdiction to adjust the figures to provide an objectively reasonable remedy.

For now, the development and promotion of connected contracts depends on their ability to reflect and accommodate jurisdictional differences. Legal expertise and experience is therefore required to ensure that connected contracts work as the parties expect. 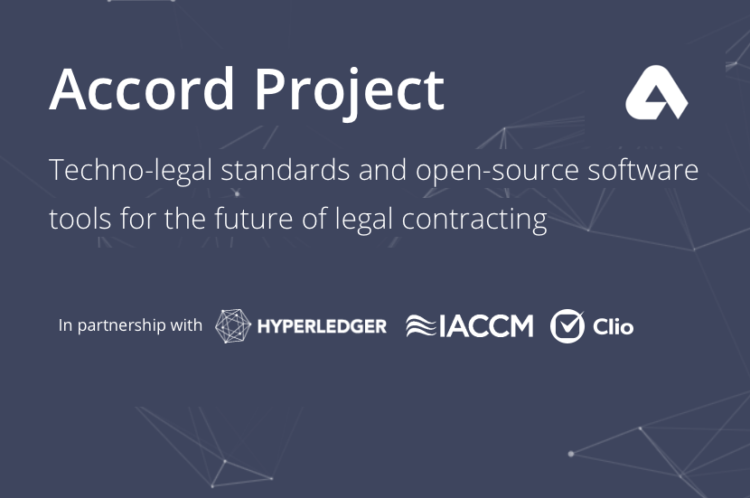 Over time, it may prove that laws bend to meet commercial practice, and that the widespread use of connected contracts will create a distinct, cross-border or even borderless position. In that case, legal expertise and experience would have to adapt to new facts. Either way, legal practitioners have a vital interest in understanding and contributing to the development, standardisation and success of connected contracts.

That is why we have seized an unmissable opportunity to work with and learn from Clause, a legaltech startup that is pioneering the use of smart legal contracts. Clause is known for developing the world’s first data-driven and IoT-enabled contracts.

They have also announced the creation of Accord, a project developing legal and technology standards for the future of smart legal contracts with the support of the leading bodies that sit at the intersection of this nascent legal technology, including Hyperledger, the International Association for Commercial and Contract Management, and some of the world’s leading law firms. Bond Dickinson is proud to be in such innovative company.