The goal of the ground-breaking consortium, to be named Accord, is to help bring together key players in the world of smart contract technology, blockchain and legal tech companies in general so that ideas and formats can be shared across the industry.

The move is similar to the consortia banks, Big Four accountants, major corporates and blockchain companies have developed together to help share knowledge and develop common standards that will enable the spread of the technology. 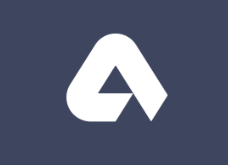 While New York-based Clause has pioneered the use of smart contracts, whether on-chain or off, without broader acceptance then the technology may have limited impact. A key strategy for broadening use, knowledge and familiarity is thus to bring together multiple parties, all of whom can make use of smart contracts or link to them in some way.

A joint statement by the group said: ‘With support from leading law firms and other organisations, including the Linux Foundation’s Hyperledger, the International Association for Commercial and Contract Management ( IACCM ) and Clio, the Accord Project has launched to develop open source technology and standards for computational contracting.’

Peter Hunn, the British co-founder of Clause told Artificial Lawyer: ‘The end goal is to establish workable standards – both technical (hence the open source element) and legal – for smart legal contracts. There needs to be action on this level to build this new paradigm. Traditional contracting practices have been built up over centuries so Accord is the catalyst for this new wave. Our call to action is to get law firms, lawyers, and legaltech companies involved. ‘

Brian Behlendorf, Executive Director at Hyperledger, said:  ‘Hyperledger is delighted to partner with the Accord Project. The Accord Project is an industry first that will facilitate the setting of much needed technical and legal standards for smart/computable legal contracts.’

‘The work that [Clause] are doing in changing the nature of the contract, using distributed ledger and other technologies, will be greatly advanced with this initiative….We hope that many law firms, corporations, and trade bodies both from Hyperledger and outside will take the opportunity to join,’ he added.

The Accord Project addresses the needs of the legal industry as it moves from manual, paper-based processes to a natively digitized and data-driven environment. The launch of Accord is particularly noteworthy for being the first consortium driven by the legal industry. While finance and open source software projects have been used to various consortia, collaborative work on this scale has remained largely absent from law.

The partnership with Hyperledger is a milestone event for the development of blockchain and distributed ledgers in legal contracting.

Fellow Clause co-founder Houman Shadab concluded: ‘Ushering in fundamental changes to the infrastructure of markets takes wide ranging coordination from a variety of participants. Accord’s mission is to facilitate the coordination and openness needed to bring contracting in line with broader efforts at enterprise digital transformation.’

Interested parties are encouraged to find out more at a series of events Accord is holding in the US, Berlin and UK. Details of the meetings can be found here. The London meeting will be held at the offices of Bond Dickinson, which recently agreed to merge with US law firm, Womble Carlyle, itself a pioneer in new legal tech adoption. The New York event will be at the offices of Morrison & Foerster and in Berlin, Germany, it will be hosted by Dentons.