Artificial Lawyer supports the use of blockchain (distributed ledger) technology in the legal sector.

There are clearly some solid use cases for such platforms, especially with regard to acting as a framework to support smart contracts, as well as for storing hashed IDs for documents or other pieces of key information in scenarios where those involved don’t want to trust a single, remote, data store.

However, blockchain tech and the cryptocurrencies that have evolved with it are not without their challenges, as is the case with all tech, from AI systems to mobile phones to airliners to hairdryers.

There are pros and cons in all technologies. There are things the tech cannot do, there are risks, there is hype, there are misconceptions….all mixed in with the real benefits. The trick is to see both  the pros and cons and decide whether, on balance, you still gain a net benefit from the technology.

Shying away from considered analysis of the negatives therefore doesn’t help. Pointless trolling on social media by people who don’t understand the issues at hand is of no use to anyone, but, when someone has something intelligent to say, it’s worth hearing, even if it’s primarily critical. And such is the case with Nouriel Roubini, Professor of Economics at the Stern School of Business, New York University, who just gave testimony to the US Senate Committee on Banking, Housing and Community Affairs.

Roubini, AKA ‘Dr Doom’, whose claim to fame is that he foresaw the 2008 financial crisis, provided 36 pages-worth of testimony, hammering primarily cryptos, but also blockchain as an overall technology itself.

Below are some of the key passages. Please feel free to agree, disagree or add to the debate in the comments section below. The only way any tech can improve is by feedback. Artificial Lawyer’s view is that blockchain tech will evolve and survive the current fuss around crypto-trading (which is frankly a diversion). But, evolution needs triggers….

Verbatim text taken from public testimony to US Senate Committee on Banking, Housing and Community Affairs, by Nouriel Roubini, October 2018:

‘Crypto is the Mother of All Scams and (Now Busted) Bubbles While Blockchain Is The Most Over-Hyped Technology Ever, No Better than a Spreadsheet/Database’.

To be a currency, Bitcoin – or any crypto-currencies – should be a serviceable unit of account, means of payments, and a stable store of value. It is none of those things.

No one prices anything in Bitcoin. Few retailers accept it.

And it is a poor store of value, because its price can fluctuate by 20-30% in a single day. And since its price has been so unstable or volatile almost no merchant will ever use it as a means of payment: the profit margin of any merchant can be wiped out in a matter of minutes – if he or she accepts Bitcoin or any other crypto- currency –by the change in the dollar price of a crypto-currency. Proper means of payments need to have stable purchasing power; otherwise no one will ever use them.

As is typical of a financial bubble, investors were buying cryptocurrencies not to use in transactions, but because they expected them to increase in value.

Indeed, if someone actually wanted to use Bitcoin, they would have a hard time doing so. It is so energy-intensive (and thus environmentally toxic) to produce, and carries such high transaction costs, that even Bitcoin conferences do not accept it as a valid form of payment. Paying $55 dollars of transaction costs to buy a $2 coffee cup is obviously never going to lead Bitcoin to become a transaction currency.

The financial-services industry has been undergoing a revolution. But the driving force is not overhyped blockchain applications such as Bitcoin. It is a revolution built on artificial intelligence, big data, and the Internet of Things.

Already, thousands of real businesses are using these technologies to disrupt every aspect of financial intermediation. Dozens of online- payment services – PayPal, Venmo, Square and so forth – have hundreds of millions of daily users in the US. Billions more use similar low cost, efficient digital payment systems all over the world: Alypay and WeChat Pay in China; UPI-based systems in India; M-Pesa in Kenya and Africa.

There is a deeper fundamental flaw and inconsistency in the crypto/blockchain space. As Vitalik Buterin correctly wrote a while ago there is a fundamental “inconsistent trinity” in blockchain: you cannot have at the same time scalability, decentralization and security.

Even Bitcoin that is based on PoW has seen a massive centralization and concentration of mining power in a small oligopolistic group.

With the centralization of power comes a serious problem of lack of security, starting with 51% attacks. Supporters of crypto argue that it would not be in the interest of an oligopoly of miners to start a 51% as it would destroy their source of income/fees. But leaving aside that such an attack would allow them to steal the underlying assets – worth is some cases dozens of billions of dollars as in the case of BTC.

The main problem is any oligopolistic cartel will end up behaving like an oligopoly: using its market power to jack up prices, fees for transactions and increase its profit margins. Indeed, as concentration of mining has increased over the last year transaction costs of crypto – as measured by miners’ fees divided by number of transactions – have skyrocketed.

Fundamental flaws of lack of security in crypto land go well beyond the fact that mining is highly concentrated in oligopolies in shady and non- transparent and unsecure jurisdictions – China, Russia, Belarus, Georgia, etc. It also goes beyond the possibility and reality of massive and regular 51% attacks.

In crypto land instead there are none of these institutions that provide security: no deposit insurance, no lender of last resort backstop, no insurance of hacked and stolen funds. And the breaches of security are massive and escalating. It is now clear that while Bitcoin has not been hacked yet the centralized exchanges that hold the cryptocurrencies of millions of depositors can be and have been hacked on a regular scale. 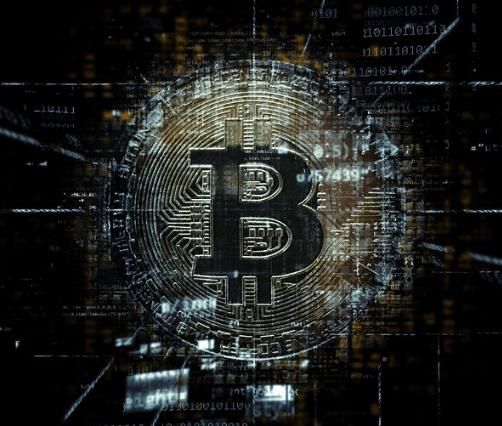 There is no institution under the sun – bank, corporation, non-profit, government, charity – who would put on public, decentralized, peer-to- peer permission-less, trust-lees, distributed ledgers its balance sheet, P&L, transactions, trades, interactions with clients and suppliers.

Why should all this information – mostly proprietary and highly valuable – be on a public ledger and authenticated by some random, not transparent and shady group of “miners”? No reason and thus there is NO institution whatsoever using a public, permission-less distributed technology.

The only applications of blockchain – so called “enterprise DLT” – have in reality absolutely nothing to do with blockchain. They are private not public, they are centralized not decentralized, they are not distributed as they are on a few controlled ledgers not millions of public ones, they are permissioned with very few legitimate individuals authorized to add and change the ledgers rather than being permission-less, they are based on trusted authorities that have reputation and credibility build over time rather than being trustless, they are not peer-to-peer as a centralized and permissioned intermediary is in charge of authentication. In other term they are called blockchains but they are not blockchains as they have nothing to do with a public distributed ledger technology.

So all so called “decentralized” blockchains end up being centralized private permissioned databases, i.e. effectively no improvement over using an Excel spreadsheet rather than hogging more energy than most large-sized economies to put private information on millions of computers all over the world.

And now wonder as no person or firm or institution in authority in the private or public sector would ever allow all of its transactions to be verified by an oligopoly of shady non transparent agents in autocratic countries where all power is centralized.

So it is no surprise that any institution under the sun after experimenting with a pilot “blockchain” dumps it into the garbage bin or turns it into a private permissioned database that is no “blockchain” in any dimension but its misleading name.

So, there you go. A hammer blow that signals the demise of this tech in the banking and financial world…and also perhaps in the legal world too?

Or is Nouriel Roubini, although right about the many problems with crypto-trading, getting carried away and overlooking the benefits of blockchain in areas such as ID, or acting as a framework for complex, smart legal contracts? Is he throwing the sensible blockchain baby out with the murky crypto bath water?